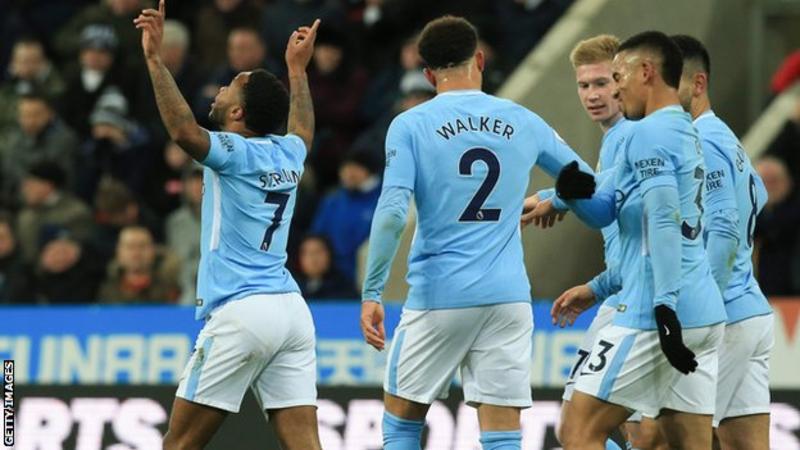 Newcastle,ENGLAND: English premier league leaders Manchester City moved 15 points clear at the top of the League with a win at Newcastle.

Raheem Sterling scored the only goal in at  St James’ Park in which they clocked up 78% of possession and 21 shots to Newcastle’s six.

Sterling scored in the 31st minute.

Manchester city now have 58 points while Manchester united are second with 43 points.

On Thursday Arsenal will travel to Crystal palace.