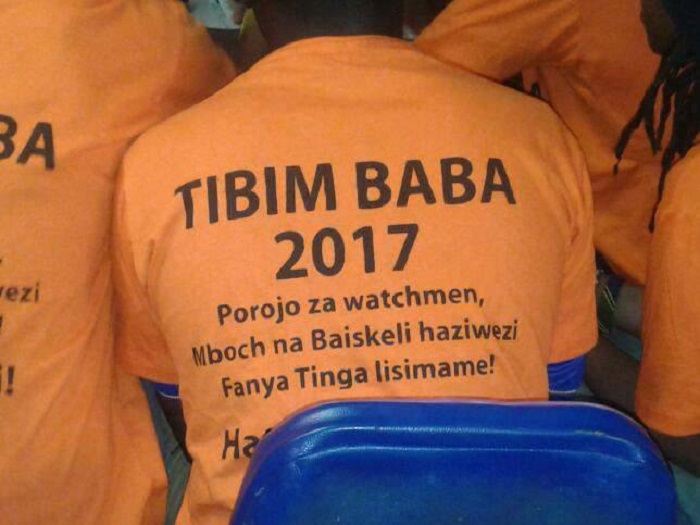 Mombasa,KENYA: A Mombasa woman is complaining about her husband’s behavior of forcing her to chant pro-NASA slogans such as Tibim!! and Tialala !! before serving him food.

Meggie, a resident of Barsheba in Mombasa, on Wednesday called Baraka FM’s morning show Mega Breakfast  saying her husband of 5 years even forces her to chant “NASA” before going to bed.

According to Meggie, her husband has also decorated the whole house with the portrait of opposition chief Raila Odinga.

She says the walls of her house are full of slogans such as BOYCOTT!!, RESIST!! and TIALALA!! which are making her angry every day.

Meggie, a mother of two, is now contemplating leaving her marriage.

” He even orders me to chant  NASA!! before starting to cook food.If i serve him without chanting boycott!! resist!! tibim!! he will not eat.”, she said.

However, when contacted by the Mega breakfast crew, the husband claimed his marriage is intact.He confessed to being a die-hard supporter of Mr. Odinga hence wants his portrait in the house.

According to him, he took the decision to hit back at her, following his wife’s incessant chants of “TANO TENA” whenever he was around.However, Meggie denies the claims.

“She removed the portrait of Mr. Odinga from my house.So I decided to paint it,” he said.

Tibim!,Tialala! and Nasa hao!! are slogans synonymous with the Nationa super alliance (Nasa).

Listen to the conversation below: