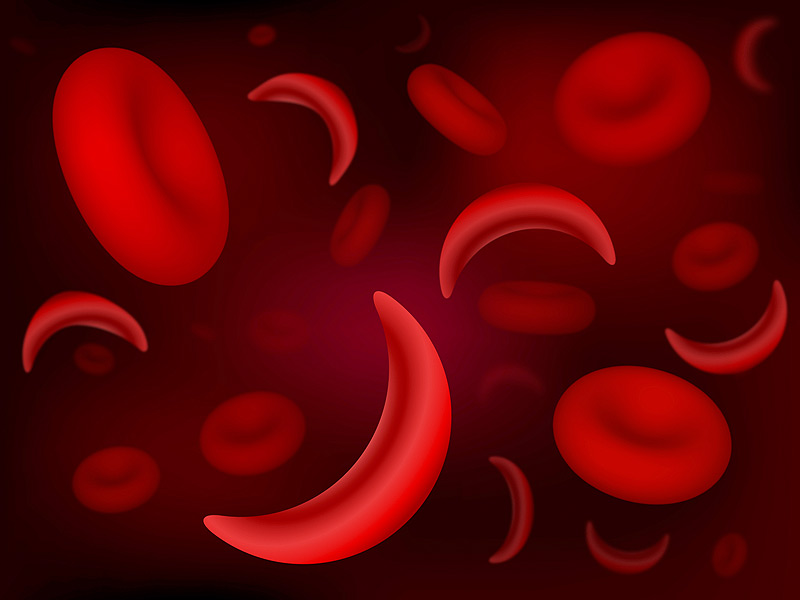 Mombasa, KENYA: At least 20 to 30 per cent of all sickle cell patients in the country are found within the Coast and the lake region areas, this is according to medical practitioners in Mombasa County.

Dr Robbert Simiyu a pediatrician at the Coast General Hospital Mombasa told Baraka FM that Sickle-cell disease (SCD) is a group of blood disorders typically inherited from a person’s parents.

“This is a genetically inherited disease that is passed from one generation to the other. It is especially high in areas that are prone to malaria which include the regions at the coast and the lake region in Kisumu.” The doctor said.

The most common type is known as sickle-cell anaemia (SCA). It results in an abnormality in the oxygen-carrying protein haemoglobin (hemoglobin S) found in red blood cells.

Selina Ogweno the chairperson of the Children Sickle cell Foundation based in Nairobi, told Baraka FM that the government has not fully educated Kenyans on the types, signs, causes and treatment of the disease.

She noted that some Kenyans are not even aware of the existence of the disease, as many of them concentrate on other types of diseases and added that those who have a little knowledge of it, came to know  about it through the social media platforms.

“The government has not fully addressed the issue. Most of people in Kenya are not aware of the existence of the disease but focus on other diseases.” She said.

At the same time, Pwani Sickle Cell founder Lydia Kadu, said she has partnered with the Mombasa County department of health to carry out extensive awareness on medical services and treatment of the disease in Mombasa and other neighboring counties.

She said the county department of health is in the process of setting up sickle cell medical facilities in each sub county, in order to offer affordable treatment to sickle cell patients within the county.

“I have partnered with the county department of health in creating awareness on the disease, which is claiming so many lives. The health department is in the process of setting up medical facilities in all sub counties.” She explained.

The founder said that the county department of health is currently offering a full haemogram test to all victims of the disease at cheaper cost.

Mary Ngowa a sickle cell survivor from Samburu in Kwale County, urged the government to carry out extensive awareness campaigns in order to save thousand of Kenyans suffering from the disease.

According to the American Society of Hermatology (ASH) the Sickle cell trait is an inherited blood disorder that affects 1 million to 3 million Americans and 8 to 10 per cent of African Americans with more than 100 million people worldwide having the trait.

The report further states that if an individual has a sickle cell trait, it means that he /she carries or has inherited a single copy of the gene that causes the disease.

Medical experts have however argued that it is not a disease as people with sickle cell trait, enjoy normal life spans with no medical problems related to sickle cell.

According to the experts, the trait can never become sickle cell disease but that it is possible however, for individuals with sickle cell trait to pass the gene to their kins.

However, under extreme conditions such as high altitude, severe dehydration, or very high intensity physical activity, red cells can become deformed or sickled.

Some of the complications include muscle breakdown (rhabdomyolysis), reduced blood supply to the spleen (ischemia/infarction), or increased pressure in the eye.

While treatment relieves pain, prevents infections, minimizes organ damage, and controls complications and can include medications, such as pain relievers and hydroxyurea (Hydrea), at times blood transfusions, and other options as needed experts say there are no standard treatments that cure sickle cell anaemia.

Clinical tests provide access to experimental therapies for treating sickle cell anemia with ASH providing information on clinical trials, for which you may be eligible while at the same time researchers are looking at new drugs and also exploring the use of bone marrow transplants to treat the sickle cell disease.

Since researchers first identified sickle cell disease more than 100 years ago, numerous advances have been made in the treatment and care of sickle cell patients.