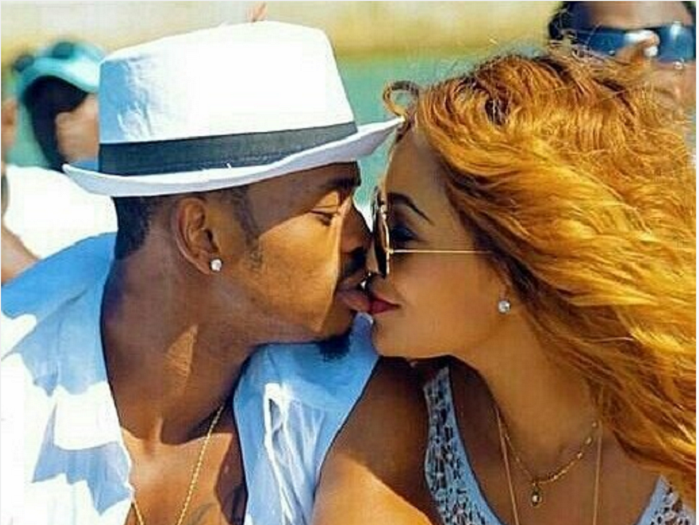 Even as the break up rumors continue surrounding Tanzania’s celebrated couple Diamond Platinumz and Zari Hassan, the latter still continues to show the world how much her hubby means to her.

Rumors about their break up lit the internet after Tanzanian singer Diamond Platinumz responded to the break up allegations,a few days after his baby mama was spotted finding solace in the arms of another man.

In a post on Instagram, the Bongo hitmaker posted a photo of himself and his mum captioning it:

“Me and the realest woman in my life @kendrah Michael” the singer wrote.

READ MORE: Diamond reveals the “realest woman” in his life after Zari was spotted with another man

Later on , the singer  posted an update of himself trying to reconcile with Zari Hassan further urging haters to keep off his marriage.

In a video Instagram, the singer took a video of himself hanging out with his wife and son Prince Nillan  captioning it:

Meanwhile, on  Father’s Day  Zari  took to Instagram to post a beautiful message recognizing Diamonds’s contribution in her life and that of their kids.

“Happy fathers’ day Le Hubby, may the Good God keep yo u safe for us. We appreciate all your efforts.😍@diamondplatnumz” posted Zari.

Seems like  this couple is not breaking up anytime soon!! Or maybe they just want to keep us talking about them.