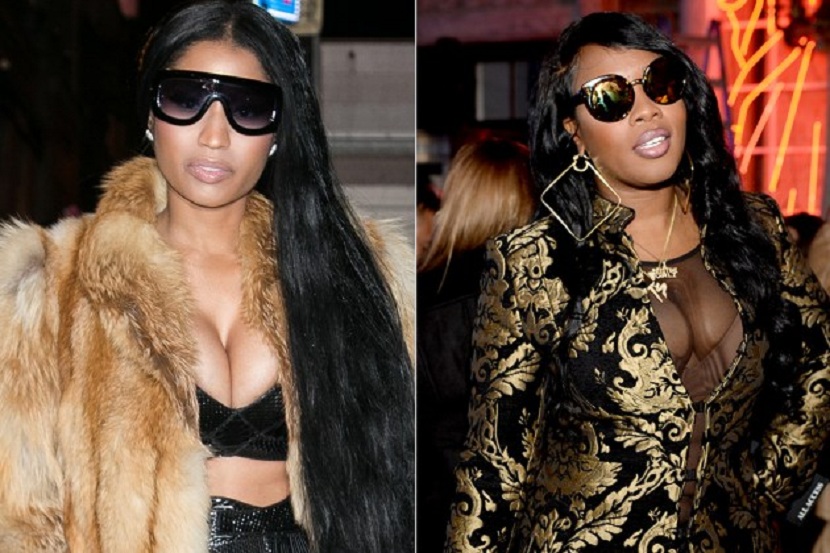 Well with the current trend in hip hop where a diss track is met with a counter response within days,this has not been the case in what was seeming to be the the most controversial beef in hip hop in 2017.

Nikki’s  fans who have criticized Remy ma branding  her  as an attention seeker who is seeking to ride on Nickis fame, have begged her not to back down on the fight.

Most of them believe that Remy is using this in her struggles to rebuild her life after prison and disappointing album sales even after collaborating with another hip hop heavy weight rapper Fatjoe.

Hardly had the dust settled when  Remy dropped another diss track, ‘Another One’, this one chiding Nikki for a lack of a counter-argument, but  Nicki still remained silent.

Entertainment experts have argued  that she’s winning through silence, this was after she was spotted at the Paris fashion week looking less concerned.

However, others argue that maybe Nicki stepped into the studio and the bars just weren’t coming for her.

Hell, maybe she heard Remy’s track and realized she was truly outmatched.