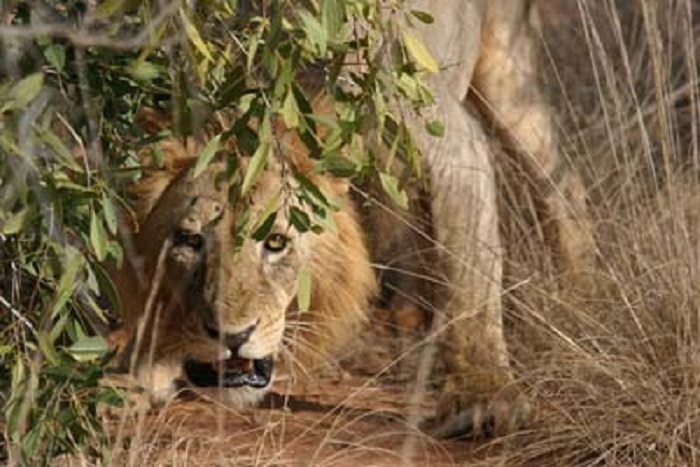 Kilifi, KENYA: Residents of Gede-Shirango village in Bamba, Ganze Sub-county are fearing for their lives after a pride of lions invaded their homes killing their livestock.

The lions are believed to have escaped their dens in the Tsavo East National park that borders the village in the far west of Kilifi County.

The presence of the lions has also interfered with learning at Jira Primary school, the only school that serves children from Shirango and its neighborhood; after some of the pupils came face to face with the animal.

“We changed reporting time from 8:00am to 9:00 am in the morning and pupils leave the school at 4:30 pm. Pupils have reported to me that they have seen the lions on their way to school and so we need to protect them,” said Kalume.

Mr Kalume added that children at the school come from far areas like Dabaso and Garibithi which are 12 KM away and they have to use  the paths in the bushes to get to school.

The community is appealing to the Kenya Wildlife Service (KWS) to intervene and ensure that the lions are taken back to the park before they do more harm to people.

Speaking in Shirango on Wednesday, Barisa Thise, a village elder told Baraka FM that the loins have become a thorn to the community as they have already killed a lot of livestock.

“These lions have already killed 6 cows and 23 goats in the span of two weeks and now we fear for our lives,” said Thise.

The village elder said the affected families had reported the matter to KWS officers who later visited the scenes but no efforts have been done to return the animals in the park.

“KWS officers visited the homes of the affected families and places where the lions had killed the livestock and then went back and since then nothing has been done to return the lions to then park,” Thise lamented.

Barisa Galgalo, a livestock farmer who lost four cows, said on the same night the lion attacked his cows, they went to a neighbor and feasted on the goats.

He said the family heard a commotion in the goats’ shed and they started to scream thinking it was a thief; they stopped shouting when they realized it was a lion.

“Four cows were killed, three were mine and one was for a friend who gave me to take care of it. His only cow is gone. And it is unfortunate that KWS is taking no action to take back the lions in the park while we are losing our only livestock that have remained after many died due to ongoing drought,” he added.

He said they have failed to contain the lions deliberately as they visited the affected areas and took no action.

“KWS has the responsibility to tame the lions. They have failed to protect my people with their livestock instead they are using government resources to move around harassing innocent people searching for game meat,” said Mangi.

Mangi said he was going to mobilize the community to protest against laxity in KWS officers.