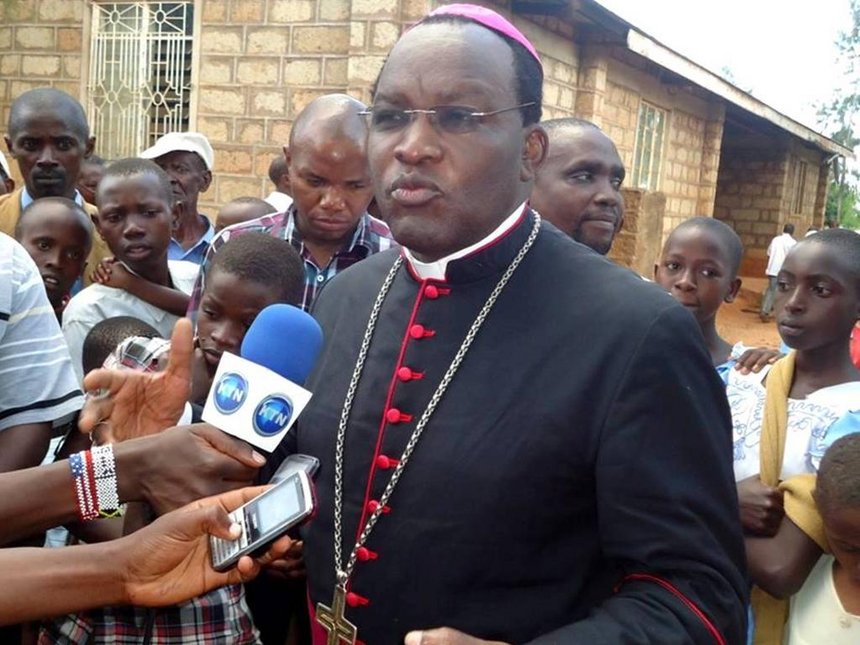 Mombasa,Kenya:The archbishop of Mombasa Martin Kivuva has blamed lack of cohesion in the country on tribalism and ethnicity.

While speaking during the launch of the Lenten civic education materials by the Catholic Justice commission at the Holy Ghost  cathedral in Mombasa, Kivuva urged religious leaders to play their role promoting cohesion in the country by preaching peace.

The archbishop also urged young people to desist from being used by politicians to destabilize the country but instead urged them to be ambassadors of peace.

“The country cannot be stabilized through divisions that is created by unconcerned Kenyans.” Said Kivuva.

In regards to the famine that has rocked several parts of the country, the archbishop urged Kenyans to come out in large numbers to donate food to the hunger stricken.

The  Deputy Governor  of Mombasa Hazel Katana  who was also present at the event applauded the move by the catholic church highlighting that peace is the bedrock of any successful country.

Katana who recently decamped to the Jubilee Alliance party   called on political parties to play their role in the peace process so as to avoid a repeat of the  events of the aftermath of the  2007 general elections.

“We do not to experience what happened in 2007. Kenyans are crying for peace.”She said.