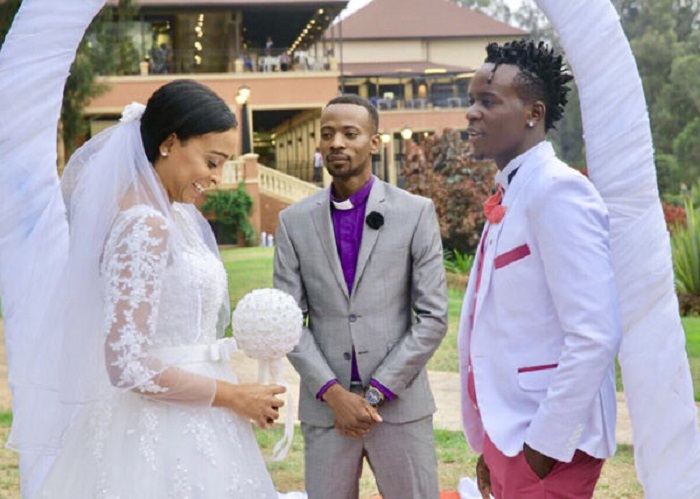 The long awaited music video of  Gospel artiste Willy Paul featuring Jamaican American reggae singer and songwriter Alaine Laughton,  is finally out putting an end to the rumor of the two having got hitched.

The two hit social media airwaves for the better part of last week after Willy Paul posted a picture of Alaine and him at the altar leaving people guessing whether it was real or a  teaser for a music video.

The music Video tittle I do starts with an opening shot of the posh shopping centre in Karen, the Hub, where the two meet at a shop and immediately fall for each other.

The Teddy B produced song has a catchy beat teamed up with a well directed Sammy Dee music video that makes the production on point, going by the comments on the YouTube page.

“This is the official 2017 wedding song. Awesome Video, great vocals from Alaine. Like if you’d watch this all day.” Posted one It’s Gitz Bruh

Of course, there always have to be the critics who will find something to criticize about.

Willy Poze being a gospel artiste this of course has also raised a lot of questions from his gospel fans with some questioning most of his songs.

Well you have to see it for yourself to be the judge!