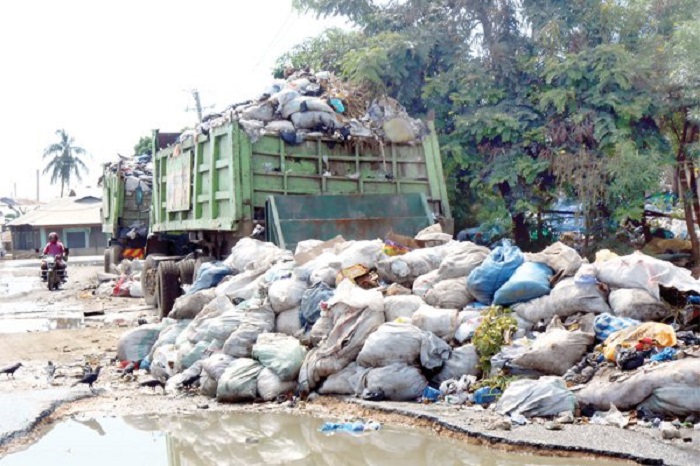 Speaking during a press briefing in Mombasa on Monday, Omar said the county government has been un able to keep the county clean for the last four years despite huge investments in the area.

“Over the last four to five weeks, thousands of visitors have flocked our county, the visitors I spoke to say that despite Mombasa’s beautiful beaches and other attractions its filthy.” he said.

Omar said that  he has information that the county government irregularly allocated the contract of garbage collection through single-sourcing; in contravention of public procurement and asset Disposal Act 2015, to a company whose directors are believed to be confidants of the governor.

“The said company is being irregularly paid a sum of sh.300, 000,000 million annually for garbage collection,” he added.

Also present at the briefing, Bamburi Ward MCA Riziki Fundi said he was removed from the position of deputy chair finance and budget when he started raising alarms of money lost through garbage collection.

“They used to pay sh. 42 million per month to that company, we had arguments at the county assembly session but I decided to write to the county clerk about the loss of money but he told me Umeshika waya mbovu na hii huenda ukaona mambo tofauti, later I was dismissed as the deputy chair finance and budget,” he said.

Fundi further said garbage collection is managed by county workers but the money is paid to the other company.

“You all witness county cars, shovels and workers collecting the garbage but someone is being paid; you wonder why money is being wasted to pay this person,” he added.

Omar further urged the Ethics and Anti-Corruption Commission to  forward the file to the office of the Director of Public Prosecution, for prosecution of all persons whether public or private involved in the irregularities of the award of contract and payment.

“I demand prosecution upon  all accounts and assets of persons involved in this criminal activity be frozen for purpose of recovery of the amount,” he said.

Omar also added that all private developers involved in the scheme aimed at privatizing public housing, will have to bear fully liability upon the exit of the current county government.

The Mombasa senator also dispelled rumors that he will pave way for the gubernatorial seat in Mombasa, saying his opponents are trying to distract him through social media.

‘I am not a socialite, they are trying hard to distract me but I am not leaving my bid for Mombasa Governor ;the leaving I know is them leaving the seat for the new administration under my leadership,” he said.