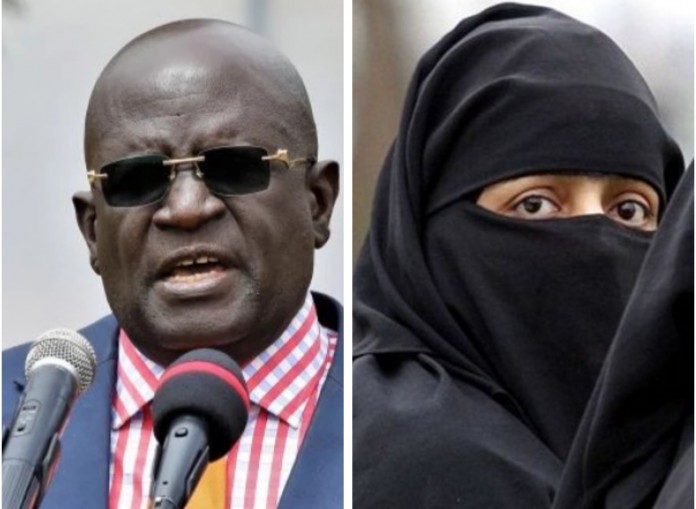 Pressure is continuing to mount on Education Cabinet Secretary Prof. George Magoha to apologize over remarks he made to a female journalist wearing Muslim dressing covering her face.

The said journalist was wearing a hijab that covered her face during a press briefing by CS Magoha.

In a statement to newsrooms, Sisters for Justice (S4J) Executive Director Naila Abdalla called on the Education CS to apologize for questioning whether the female journalist was a member of Al-Shabaab.

“It is clear from the video which has now gone viral on social media that he associates any one dressed in respectable Islamic attire as possibly belonging to the terror group,” said Naila.

She told off Magoha on what she termed as profiling Muslims and their way of dressing.

“Such talk coming from a senior government official is demeaning to Muslims, particularly Muslim women who have continued to be advocates of countering violent extremism,” she said.

“As Sisters for Justice, we hereby call on the CS to immediately apologize to Muslims for the remarks he made and assure them that he will never repeat such words again. Failure to which, we demand that the President immediately dismisses him and/or demand for his resignation,” she added.