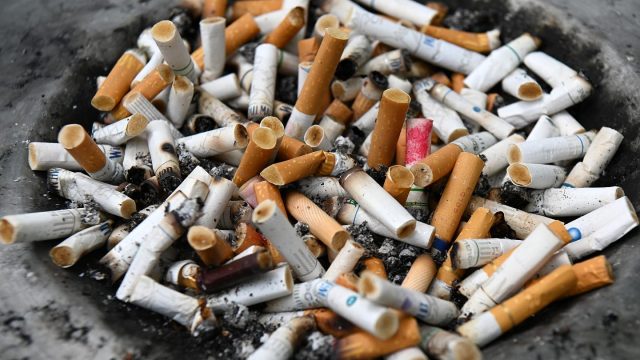 The Tobacco Control Board and health promotion advocates in Kenya have asked the National Assembly Finance and Planning Committee led by Hon Gladys Wanga to uphold or increase the proposed taxes on nicotine and cigarettes.

The committee has been carrying out public hearings on the Finance Bill 2022. The committee is expected to table its recommendations in the National Assembly next week.

Mps will then debate the recommendations and adopt or make adjustments where necessary before they vote for the Bill to become law by end of this month.

Health experts have submitted their recommendations to the Gladys Wanga committee. The experts asked the committee and other members of the National Assembly to vote for higher taxes on nicotine and cigarettes to stop a growing epidemic of non-communicable diseases caused by the widespread problem of nicotine addiction in Kenya.

Last month, Treasury CS Mr Ukur Yatani proposed to change the taxation regime for liquid nicotine from the current (zero) shillings per unit to an excise duty of sh.70 per milliliter.

“We support the increase in taxes on nicotine and tobacco products. The use of tobacco is a primary risk factor for non-communicable diseases (NCDs), which include heart disease, stroke, cancer, chronic lung disease, and mental health disorders. We support the increase of taxes on these products and ask that these funds are channelled to healthcare,” she said.

On his part, National Chairman of the Tobacco and Health Promotion Alliance, Joel Gitali, said MPs must ignore disinformation peddled by BAT-Kenya Managing Director Chrispin Achola when he appeared before the Wanga-led committee on Wednesday.

According to Gitali, Achola said that the tax are unnecessary because BAT’s nicotine pouches, called Velo (previously Lyft) were banned in 2021.

However, Gitali alludes that they were illegally registered as medicine by the Pharmacy and Poisons Board.

“Parliament should even increase the amount and come up with more measures. It should not try to please the tobacco industry. If it wants to make any changes, it must consult the Ministry of Health. These dangerous nicotine products are accessible to minors which means the rate at which young people are recruited into drugs abuse is high. It is our belief this budget will reduce the harmful consumption of these products,” he added.