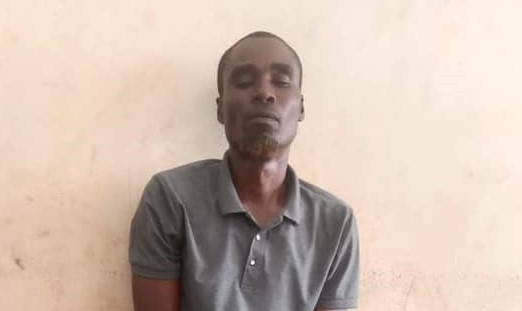 A suspected poacher was arrested on Friday with Wildlife trophies worth over Sh5 million in Taita Taveta county.

Accoding to DCI report, the suspect identified as Bakari Barisa, was arrested after an intelligence led operation conducted by a joint team of Serious Crimes detectives and their counterparts from the elite Crime Research & Intelligence Bureau.

The 40-year-old man was seized in Taveta township trading in pangolin scales worth Sh5 million and elephant tusks with a street value of Sh400,000.

“Posing as well-oiled unscrupulous business men who rule the underworld, the sleuths led the man to his waterloo before pouncing on him”, reads the DCI report.

Pangolin scales which fetch a fortune in the black market are used for spiritual protection and financial rituals, making the mammal one of the most sought after and trafficked in the world.

The suspect was moved to DCI headquarters for grilling before arraignment.