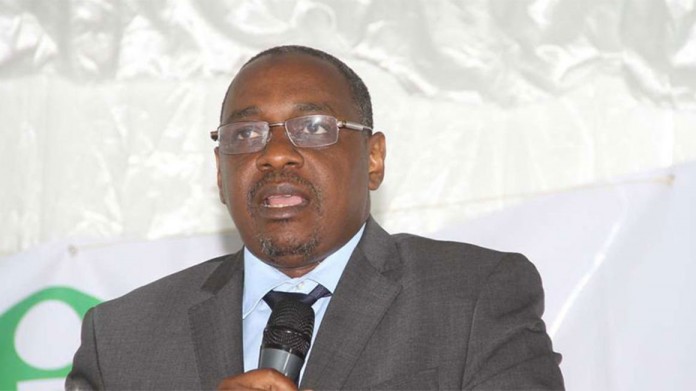 Agriculture PS Hamadi Iddi Boga has reigned from his position to vie for gubernatorial seat in Kwale county.

Speaking to the press in Nairobi, Boga said he is vying for the poition to emancipate his people from insecurity, unemployment and to ensure mobilization and utilization of resources.

” Yesterday I tendered my resignation letter to his excellency, the president, in order to vie gubernatorial seat in Kwale county.” Boga said

“Kwale county has a lot of problems including, insecurity, unemployment and utilization of local resources which require my attention.” He added

He pointed that he will vie for the position through Azimio la umoja.

On the other hand, agriculture cabinet secretary, Peter Munya said that he will not vie for gubernatorial seat in Meru county.

Munya said that his decision rides on responsibilities and reforms he propelled in the ministry which require his keen attention, pointing out that his departure might erode some of them.