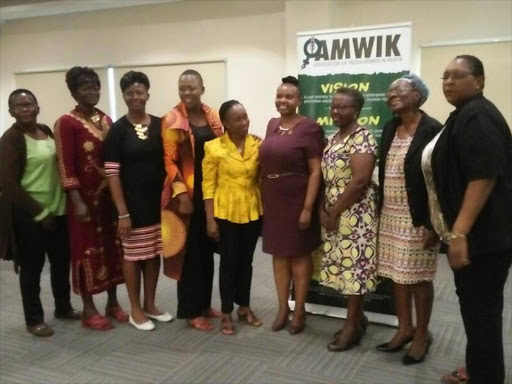 Association of Media Women in Kenya (AMWIK) and urgent Action Fund Africa ,have petitioned the government to fastrack the stalemate of cases  on gender based violence in the country.

Other agencies petitioned include Directorate of Criminal investigation,(DCI),Director of Public  prosecution (DPP) and the judiciary.

In a media briefing in Nairobi, AMWIK executive Director Judy Kaberia said that even though there is development in tightening laws and structures that address gender based violence menace  in the country ,such development is not commensurate with the weight it deserves .

She therefore urged the government and other relevant agencies to relook into the matter and address the mess in order to hasten justice for the victims.

“AMWIK  in partnership with Urgent Action Fund –Africa are petitioning the government of Kenya ,office of Directorate of Criminal investigations ,public prosecutions and the judiciary to clean up the system to ensure justice for victims are served without delays “Kaberia said.

They want the government to honor its pledge of investing shs7.3 billion by the year 2026  through  establishing safe houses for victims of gender based violence and campaigns for eradication of the menace in the society.

The director also urged the government and the judiciary to consider hastening the establishment of specialized units in the corridors of justice, which will solely deal with matters gender based violence.

It emerged that victims of gender based violence fail to report cases due to fear of police, bribes and victimization.

“We urge for the professionalization of these centers especially gender desks and advise them to roll outreach activities intended to win public trust.”Kaberia said.

This comes following a sharp increase of GBV cases in the country since the COVID 19 pandemic.