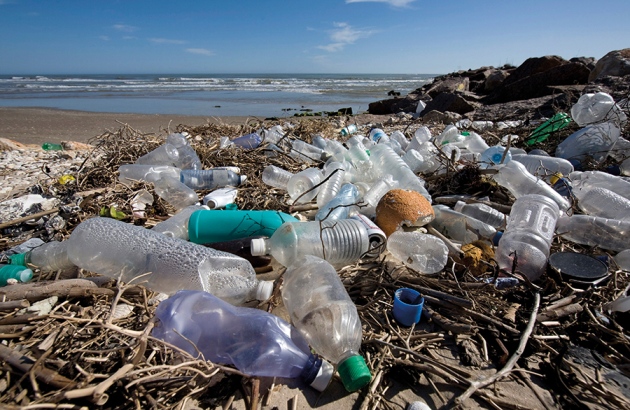 Mombasa is among cities that straddle the Indian Ocean where plastic ocean pollution is an epidemic.

According to Kablo, 100,000 sea turtles and birds die annually from the effects of plastics waste in the ocean.

As a solution to end ocean pollution by plastic water bottles in Mombasa County a group of 45 women have come up with a project named “Taka ni Mali”  they collect disposed water bottles on beaches and grind them into small pieces for export.

According to the environmental experts, the project has reduced ocean pollution, created employment among women and youths, and also reduced disease infection.

The group grinds over 100 kilograms of plastic water bottles in an hour and each kilogram is sold at Ksh. 45.

The research by Kablo indicates that Plastic kills over 100,000 sea turtles and birds every year. Sea turtles are currently consuming twice as much plastic as they did 25 years ago.

Daniel Maina who is an environmental activist has decried the high pollution of plastic waste in the Indian ocean while attributing the pandemic to urbanization where most people drink water from plastic bottles instead of using returnable cups.

He says the plastic menace in the ocean has also seen a sharp decrease in the amount of fish in the ocean as fish.

“When fish finds the plastic bottles, they try to chew thinking its food but plastics cant be digested, therefore, will lead to deaths of the fish”, he said.

Taka ni Mali Chairlady Khadija Kassim says they aim to make money out of plastics by grinding them for recycling and in turn cleaning the environment.

She says her group received training on recycling plastics and later were awarded a grinding machine for their project.

“Women in our area have been empowered economically by this project. Today when we see plastics, we see money and a clean environment.