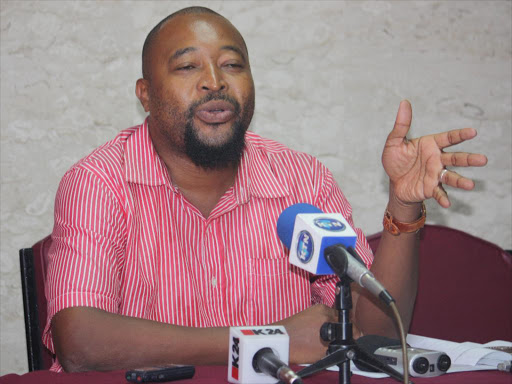 Mwaboza said the calls are not genuine since the Coast region has an abundance of political parties hence no need of creating others.

Speaking on Baraka FM’s Mega breakfast show, he said the region has more than five parties that can be used to bargain with other political parties before the 2022 general elections.

“We have Kadu Asili, Shirikisho, CCU, and USPK which will soon be registered. My question to them is why can’t we join one”, he posed.

According to Mwaboza, coast politicians are self-centered and it would be difficult to reason together for the benefit of the region.

“I once tried bringing them together, but I failed since only a few politicians showed up”, he stated.

He urged all Coast region leaders to collapse their parties to one entity.

” I think they should even be forced to join one party and whoever tries to sabotage the consensus should not be allowed to even address our people”, he added.

Malindi Mp Aisha Jumwa and other Mps have been pushing for the formation of a Coastal political party.