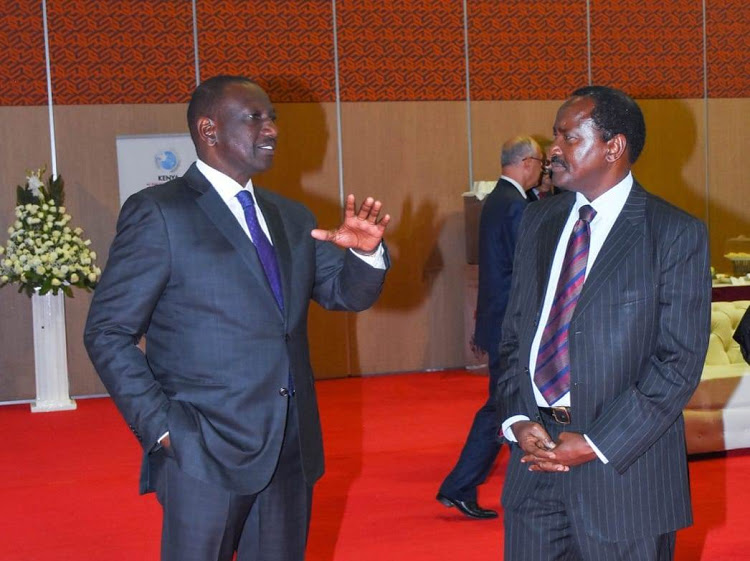 At a press conference in Nairobi, Kalonzo blasted the Dp for alleging that he grabbed public land in Yatta remarks Ruto made at Bomet.

Kalonzo accused Ruto of hypocrisy saying that it’s him who has been rocked with graft cases.

“I challenge DP Ruto, alias “Arap Mashamba” well known for his unbridled greed for both public and private land, to offer himself for investigation concerning the following scandals that are in the public domain. The grabbing of the land belonging to Hon. Joseph Murumbi, Kenya’s first Vice-President and a renowned conservationist.”Kalonzo said

He further linked Dp Ruto to Langáta road primary school land saying he tried to grab it too.

“The attempted land grab of the Langata Road Primary School playground, where innocent children were mercilessly teargassed and traumatized, The grabbing of the piece of land on which Weston Hotel is located. It is in public knowledge that the land is a public property belonging to the Kenya Airports Authority.”He added

Kalonzo pointed that following the allegations rocking Ruto, he must be subjected to a lifestyle audit for the ultimate clean bill of health.

“I, therefore, demand on behalf of all Kenyans that the D.P subjects himself to a transparent lifestyle audit,” Kalonzo said

Kalonzo reiterated that he will subject himself to investigative institutions including the Ethics and Anti-Corruption Commission and Director of public prosecution so that such institutions can probe the alleged matter against him.