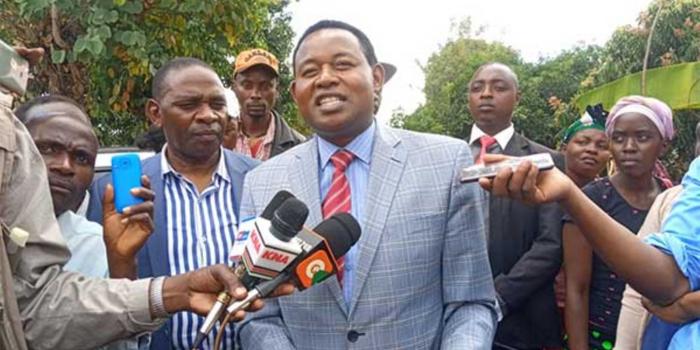 Kabaka died while receiving treatment at a Nairobi hospital.

His demise occurred a week after he ended up in the Intensive Care Unit (ICU) at the hospital.

Senator Kabaka was on Friday last week admitted at the Nairobi Hospital after he allegedly fell ill while with a woman at an apartment in Nairobi’s Kilimani estate.

The said woman was identified as Esther Muli, a resident of Wote town.

According to the police the incident, the matter was reported by the Senator’s wife who said that at 3 am she was informed by an employee that Kabaka had been admitted to the ICU.

“She went to the said hospital accompanied by other family members among them her co-wife where she established that the Senator was brought by paramedics after falling sick while in an apartment along Elgeyo Marakwet Road within Kilimani,”  police report indicated

Esther Muli was arrested and arraigned in court later released on a personal bond after tests showed no traces of poison on the deceased’s blood.