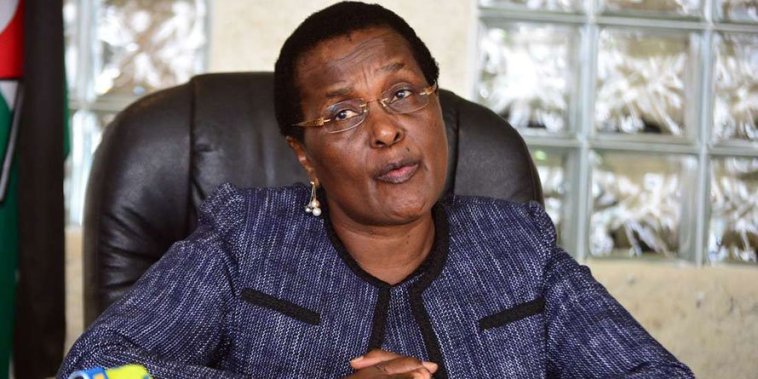 A section of leaders from the coast region are now demanding for an apology from the shipping and Maritime Permanent secretary(PS) Nancy Karigithu for her condescending remarks against them.

Karigithu is quoted to have said that lack of basic English language skills inhibits the chances of locals getting jobs in foreign shipping lines.

While marking World Maritime Day on September 24, Ms Karigithu is quoted to have said there are numerous job opportunities in the sector, but the youth are hindered by a lack of basic English communication skills.

Speaking on a local TV station, she urged the youth to gain English language skills to be employable.

However, led by Taita Taveta community leader Mombasa chapter Elisha Mtuweta, the remarks by Karigithu were in bad taste and should not be tolerated.

He condemned the remarks saying that the PS used tactics by previous governments to continue the marginalization of the coastal region.

” To say we don’t comprehend the English language is in bad taste. Our people are also learned. By the way, English is not a measure of intelligence”, he said.

Mutweta also told off the PS for what he called ” madharau” while demanding that youths from the region be considered for local jobs.

” The coastal youths can speak fluent English, German, Italian, French, and other world languages. We are demanding transparency in recruitments in the public positions to the coastal youths. Wacheni madharau“, he stated.

However, a statement from Daily nation newspaper that aired the story offered an apology admitting to having misquoted Mrs. Karigithu.

According to the statement, Mrs. Karigithu advised all youths in the country and not particularly coastal youths.