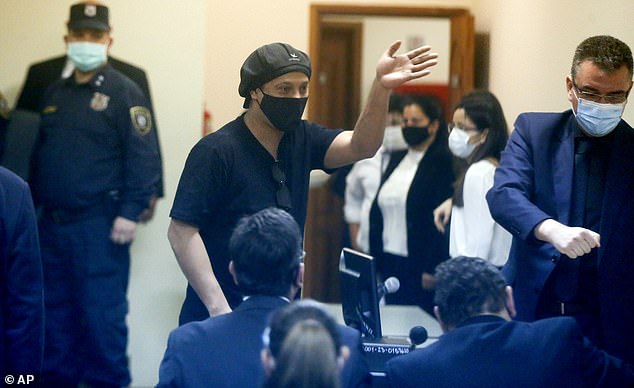 Football legend Ronaldinho is now a free man following his release after a five-months house arrest in Paraguay.

The Brazilian star and his brother were jailed after being found guilty of entering the country with fake passports back in March, spending 32 days in prison before his house imprisonment.

Ronaldinho had claimed that the passports were a gift from a Brazilian businessman, Wilmondes Sousa Liria, who was also jailed.

While the former Barcelona player will have to pay a $90,000 fine, his brother was fined $110,000, while travel conditions were imposed on both.