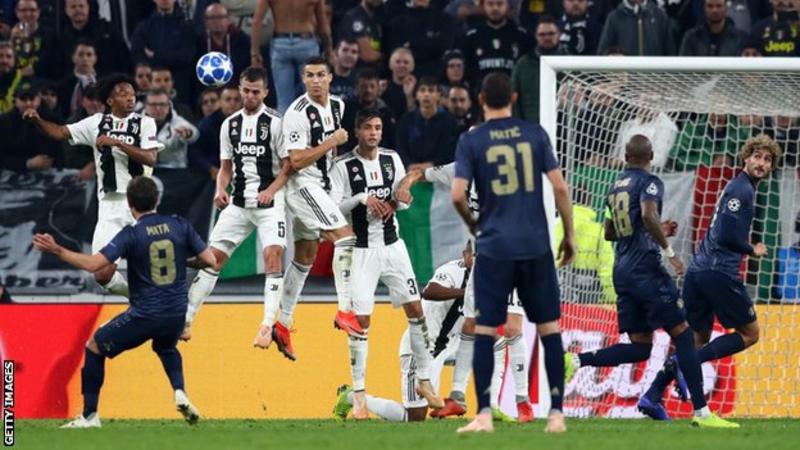 Cristiano Ronaldo dedicated Juventus’ record-extending ninth successive Serie A title ‘to the fans’ as they defeated Sampdoria in Turin.

The forward scored his 31st league goal of the season from Miralem Pjanic’s short free-kick and Federico Bernardeschi sealed the victory.

Maurizio Sarri’s side are the only team to win nine consecutive titles in one of Europe’s top five leagues.

It extends their own record, which Bayern Munich had matched in June.

Ronaldo missed the chance to get closer to Ciro Immobile’s tally of 34 at the top of the Serie A goal charts as he struck a penalty against the crossbar in the final minutes.

Juventus had missed the chance to claim the title in what manager Sarri described as a “messy” defeat at Udinese on Thursday and began Sunday’s match with just one win in their last five games.

They were far from their free-flowing best and were forced to withstand plenty of pressure in the second half but Bernardeschi’s goal from Ronaldo’s saved attempt ensured former Chelsea manager Sarri won the first league title of his managerial career.