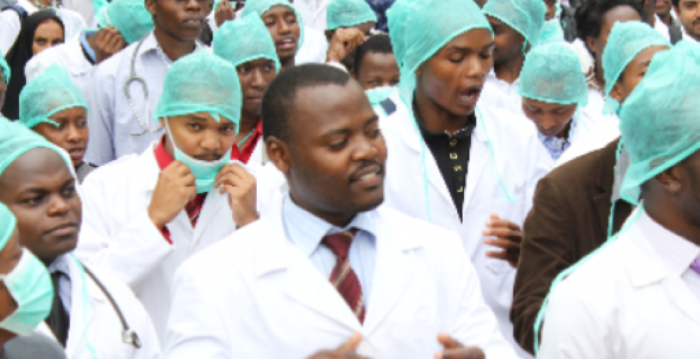 The Kenya Medical Practitioners and Dentists Union-KMPDU has called on the government to urgently offer a countrywide sensitization campaign for all health workers on the Coronavirus crisis.

In a statement, KMPDU Secretary-General Ouma Oluga said health workers are the most vulnerable yet they are ill-equipped and are still unprepared to handle Coronavirus cases.

He said the union can help mobilize thousands of unemployed medical professionals.

He also called on both public and private hospitals to provide health workers attending to the Coronavirus suspected cases with call rooms, to prevent them from coming into contact and exposing their families and other members of the public at large.

The statement comes just a day after nurses working at Mbagathi hospital staged a go slow over lack of training, a situation Government Spokesperson, Rtd Col. Cyrus Oguna, said had been solved.