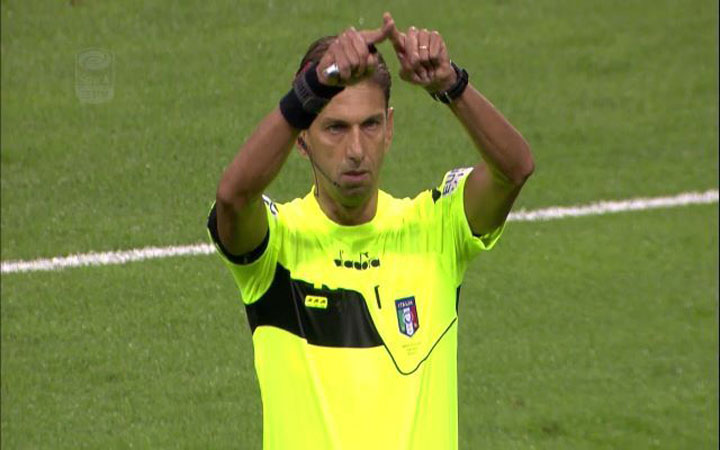 An Italian soccer referee has been banned for one year after he lost his cool and head-butted a goalkeeper he had sent off during a minor league game earlier this month, ANSA news agency reported on Tuesday.

In a match between Borgo Mogliano and Montottone in Macerata on February 1, the referee Antonio Martiniello had given Borgo Mogliano’s goalkeeper Matteo Ciccioli his marching orders as the hosts won 3-1.

But Martiniello was not done meting out punishment and when the pair faced off outside the changing room after the game as the goalkeeper sought an explanation, the referee head-butted Ciccioli, who was taken to hospital to treat his injuries.

Martiniello’s ban will not only prevent him from officiating games for the next year but also from entering the facilities of teams in the top three tiers of Italian soccer, minor and amateur leagues, and matches involving the Italy national team.

The office of the Macerata police chief said the ban was fully warranted as Martiniello had failed to set an example for youngsters.