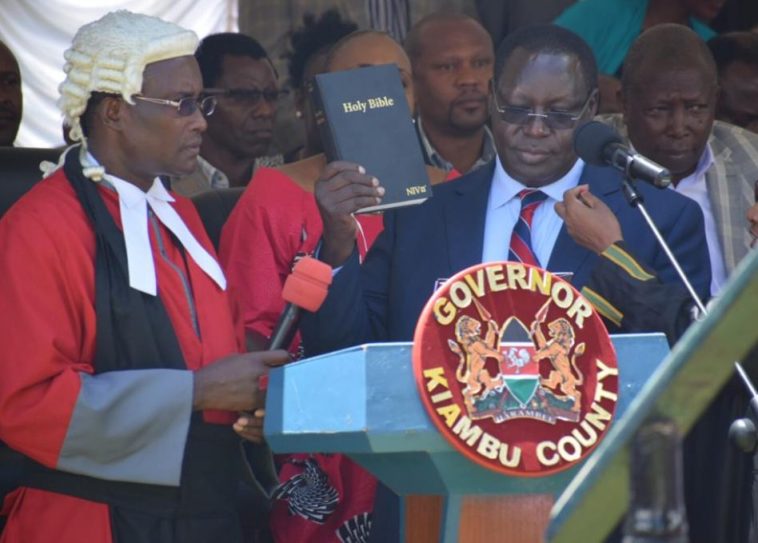 James Nyoro has been sworn in as Kiambu governor after his predecessor Ferdinand Waititu was impeached by senate.

The ceremony was graced by Justice John Onyiego at Kiambu county headquarters.

Kiambu Chief Magistrate Patricia Gichohi representing the judiciary said all procedures of swearing in the governor had been complied with and it was time to swear in the new governor.

“The law requires that the incoming governor takes the oath in public that is why we are here. “Gichohi said

On Thursday plans to swear in Nyoro were halted at the last minute.

Nyoro has been the Kiambu County Deputy Governor.

His predecessor Ferdinand Waititu was impeached by the Senate on Wednesday.

In his verdict, Korir pointed out that he could not stop a Judicial process that is being undertaken by a competent judge of the High Court.

The judge directed Waititu to file for inter partes hearing on Monday, February 3.