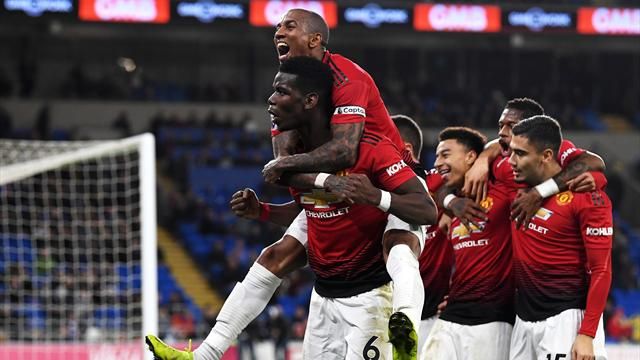 Marcus Rashford’s third-minute free-kick whistled past goalkeeper Neil Etheridge and into the corner of the Cardiff net was a sign of things to come as Manchester United dominated possession.

Ander Herrera scored their second goal with a thunderous strike sending the technical bench into celebrations.

However, Victor Camarasa penalty pulled one back for Cardiff, but Martial finished an excellent move to put the red devils far ahead.

Jesse Lingard also scored a penalty after he was brought down in the box before finishing a one-on-one in the dying minutes of the game.

It was the prelude to a quite amazing evening for the 45-year-old Solskjaer .

In one game, he has achieved something David Moyes, Louis van Gaal and Jose Mourinho couldn’t do between them in almost five and a half seasons – he managed a United team that scored five.