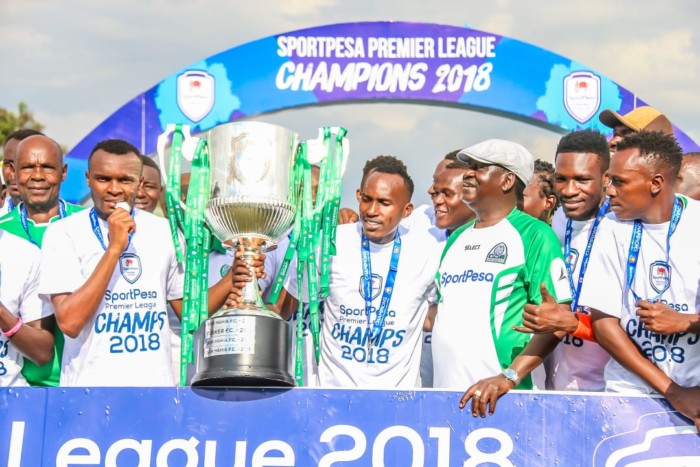 Gor Mahia head coach Dylan Kerr has heaped praise for his players after putting up a performance that saw them win the Kenyan Premier League KPL this season.

“I am very grateful to the boys because this season the boys showed continuous hard-work and good discipline. The results are here to be seen despite the few setbacks we have had in the past weeks. I am happy we have taken the trophy and I feel we deserve it,” said Kerr.

Gor Mahia were on Sunday crowned the 2018 Kenyan Premier League champions for the 17th time after drawing 2-2 with Mathare United at the Moi stadium in Kisumu.

The coronation moment was witnessed by thousands of K’ogalo fans among them opposition leader Raila Odinga who is the club patron.

Donned in their traditional regalia of Green and White, Gor fans danced through the streets of Kisumu while others wept in joy before they thronged Moi stadium for the cheerful moment.

Having been knocked out of the CAF confederation cup at the group stage before going out of the Sportpesa Shield cup at the semi-finals, Gor Mahia secured the league with six games to go.

The 17-time champions now starts preparation for their clash with English Premier League side Everton scheduled for November 6th at Goodison Park.

They earned a right to play Everton after winning the Sportpesa super cup for the third time running in June.