Zari Hassan has suffered a major blow on her daughter’s birthday after her Instagram and Facebook accounts were hacked.

The accounts @Zarithebosslady commanded a following of 4.2million followers with 1,568 posts before it was hacked while her facebook page had 194 likes. 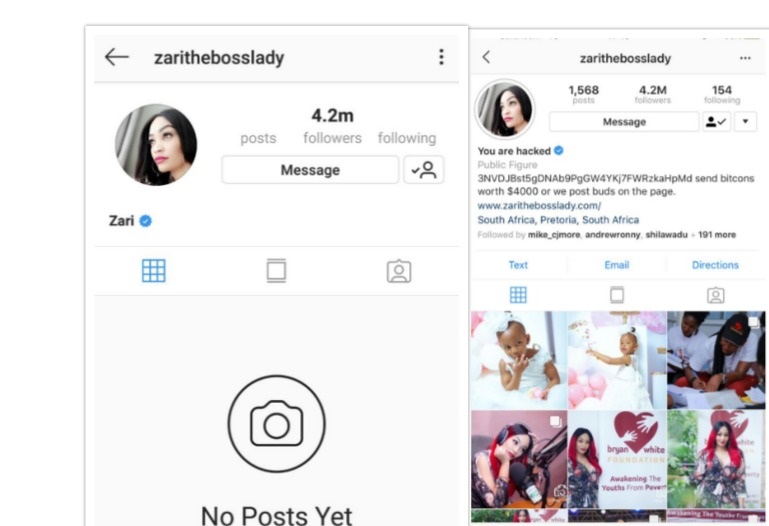 According to Zari, the hackers demanded a sum of $4000 which is equivalent to sh 401,870 and when she refused to pay up, The hackers went ahead to delete all her posts from the account.

It remains unclear how the hackers managed to access the self-proclaimed boss-lady who is currently in Uganda while her daughter Tiffah is celebrating her birthday in South Africa.

Zari had just posted a picture of her daughter Princess Tiffany wishing her a happy birthday just hours after making a charity trip in Arua district Uganda with Ugandan socialite Bryan White.

Zari’s manager Galston Anthony confirmed that her social media accounts had been hacked. 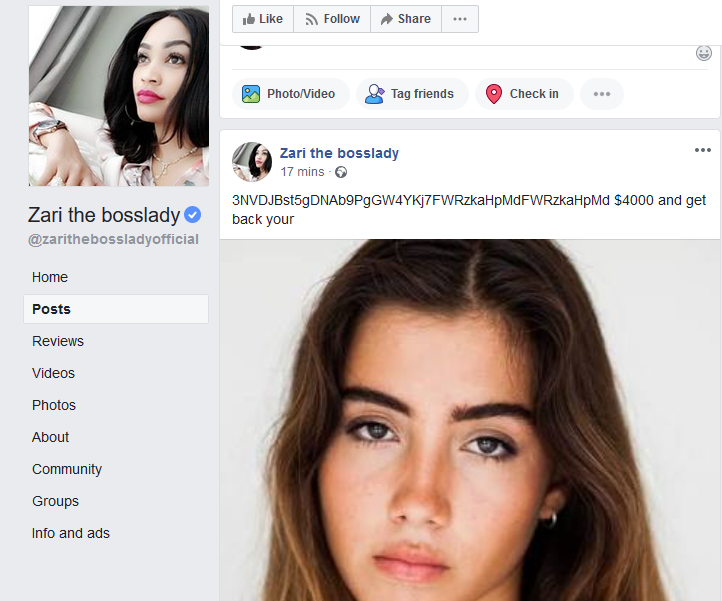 Other celebrities whose Instagram accounts have fallen prey to hackers include DJ Pierra Makena, Anerlisa Mungai, Vera Sidika among others.

Media personality Shaffie Weru had a year ago all his Facebook, Instagram and Gmail hacked and the hackers demanded a ransom of sh 30000  before they could give the accounts back to him.

“Hello, I am Jura. I have your accounts (Gmail, Instagram, and Facebook). It is now apparent that unfortunately, your tech team can’t help you out on this. Fortunately for you, I still have your account and I am willing to trade (if you are willing as well that is)” the hacker had sent the message through unregistered numbers.