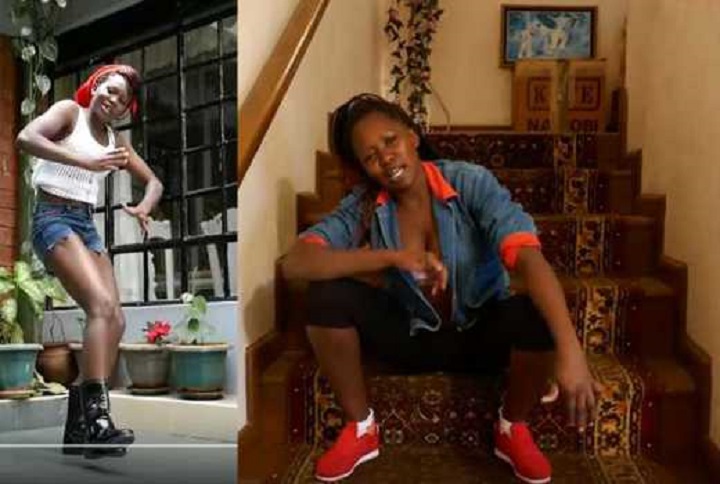 The 19-year-old self-proclaimed hip-hop star Sandra Msupa S who finished school last year claims her music is not aired on radio due to corruption.

Msupa S who has caused so much internet sensation with her music videos said that radio stations are only playing music from big names in the industry and ignoring upcoming artistes.

Msupa S talking to Amina Abdi on Trend show hilariously claimed that she got inspiration from friends who told her she could “rap” like Beyonce.

Msupa S also went ahead and dissed Femi One on Chipkeezy show maintaining that she is the Kalenjin hip-hop queen.

This was Msupa response to the question why she was hating on Femi One saying she uses matatu just like she does yet she has a Mercedes? “Si yake ni ya chali yake. Just because amepewa kifunguo doesn’t mean ni yake.”

She went ahead to hate on Femi that her signing to Kaka Empire has brought so much loss to her including money and shows.

Msupa S claimed that her vigor performance is from the use of mursik and she uses no drugs since she has a breathing problem.

Below is a link to one of her videos: