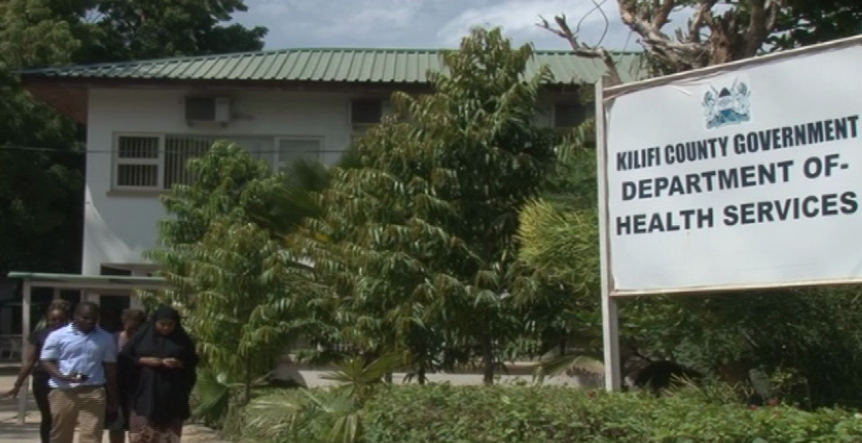 Kilifi, KENYA: Youths in Kilifi County have rejected the nomination of Ibrahim Alio Aden as the chief officer in charge of Public Health under the Health Services department.

Speaking on Thursday after holding peaceful demonstrations in Kilifi and then presenting a memo to the acting Clerk of the Kilifi County Assembly in Malindi through the registry, they appealed to the MCAs to reject him during the vetting process scheduled for Friday 4th, 2018.

They accused Kilifi Governor Amason Kingi of importing outsiders to take available jobs opportunities, sitting him as an example.

Aden hails from Marsabit County and is alleged to have been laid off his duties over corruption issues some years back while working for Marsabit County as CEC in charge of Health Services.

“We are really unhappy following the shock which is becoming a norm of late where Governor Kingi is importing none locals to take up opportunities meant for the great people of Kilifi County,” said Fikirini Jacobs, Chairperson of Kilifi Colleges and Universities Association.

“How will the County Government inspire our youths and graduates of Kilifi County if it takes up jobs to non-locals? Maybe Kingi might think he has nothing to lose as it is his last term in office, but I want to tell him that he has everything to lose too,” he added.

The Chairperson also questioned the motive behind the County Government creating 19 positions for Chief Officers instead of the eleven accounting officers required by the constitution 2010.

“Why is that Kilifi is going against the County Government Act which requires 11 positions for accounting officers and instead has created 19 positions for these chief officers,” said Fikirini.

“This is creating job opportunities for people who will pay thousands of shillings from money meant to develop lives of people of Kilifi. We have never heard of people from Kilifi who have got senior positions in other County Governments,” he added.

George Fondo from Ganze Sub County said they had evidence that the nominee does not fit to serve in any public office due to corruption allegations.

“We raised concern over the two nominated MCAs from Nyanza and we were really against that,” Fondo said.

“This is now happening again and we are being imposed people from other Counties who are not fit to work.We will stand firm as youths and we want MCAs to reject him,” added Fondo.

Frank Thoya warned the vetting committee against being bribed to select people who are not worth for the people of Kilifi.

“We are ready for anything and if the MCAs will go against our wish and recommend him then we will collect signatures and call for their impeachment,” said Thoya