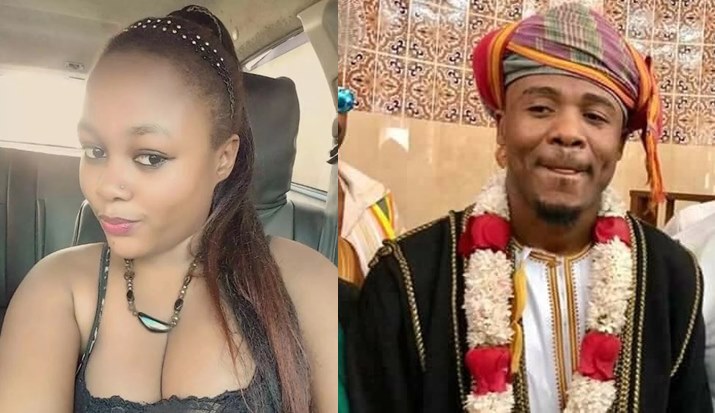 Speaking to Baraka FM exclusively during the Mega BreakFast show hosted by Mbaruk Mwalimu and Myazi Kakinda on Friday, the Mombasa born socialite has said that she congratulates and wishes the new couple all the best.

Rahima has admitted that she didn’t receive any invitation but learned of the wedding from social media platforms.

“Let me congratulate him and he should now relax now that he has a wife. She is pretty but I can’t compare myself to her and it’s not beauty that keeps a man in a relationship.” She said during the phone call conversation.

She maintains that she did not have any plans of marrying Kiba, a relationship she terms as not official since she wasn’t introduced to the family.

Rahima blames lack of understanding on both sides between her and Kiba as the course of their break up; a relationship she says lasted for almost a year.

“I have no idea, I can’t remember how long we dated, maybe a year or a year plus..haikuwa plan yangu,” she says as she follows the statemet with a laugh.

Rahima still believes that between Diamond and Ali Kiba, Kiba is the best when it comes to music.

Ali Kiba’s alleged relationship with the Mombasa based socialite came to the limelight last year after the Socialite hit on social media that she had had sexual relations with Kiba and was expectant; an allegation Kiba denied leaving the public in dilemma as to who was telling the truth.

She later announced that she had unfortunately lost Kiba’s pregnancy owing to unavoidable circumstances.