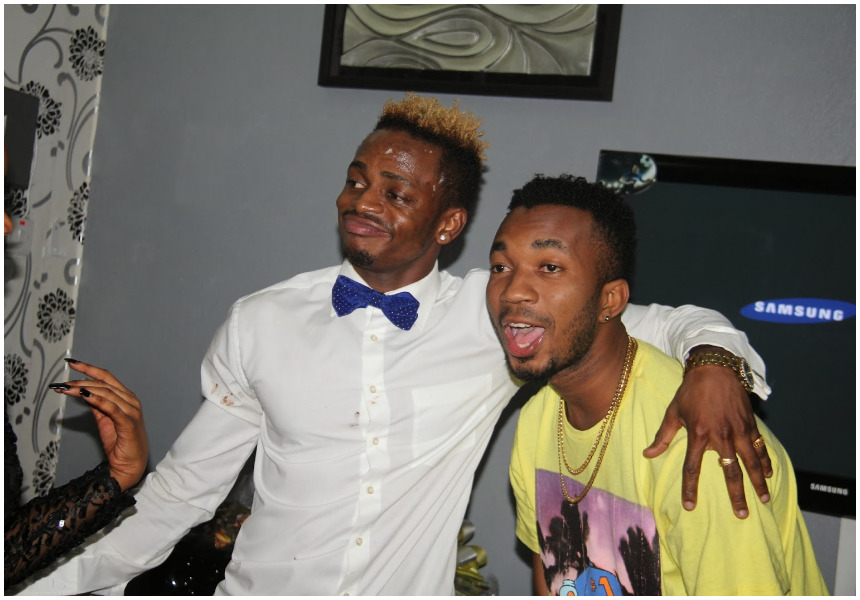 The Tanzanian recording label headed by Naseeb Abdul Juma alias Diamond Platnumz and his brother Rommy Jones who doubles up as Diamonds official DJ and vice president of the label has yet again been hit by another infidelity saga.

Diamond’s DJ has now been forced to apologize after cheating allegations came up that he was seducing Baraka Da Prince’s wife Najma.

This comes barely a year after the DJ had earlier admitted that the records biggest weakness is women.

“Wanawake wa Tanzania wanatupenda sana and social media pia na hao ni shida to the office and in our families”, Rommy Jones had said when he was in the country recently.

Baraka accused Rommy of trying to bed his wife Najma by seducing and sending her love messages, allegations the DJ strongly denied, claiming that he knew the singer’s wife 10 years ago and he wouldn’t start seducing her now.
Rommy said this during an interview with Dizzim Online.

However, upon hearing the cheating allegations Romy’s wife Kay Jord shared a bold message that read

Last year while on a tour to Sweden with Diamond, Rommy was accused of rape which resulted in Diamond cutting short his performance.

As the infidelity issue seems to be unending at Wasafi, Diamond has recently been making headlines since cheating on his wife with model and video vixen Hamisa Mombeto on their matrimonial bed.

A few months ago, Rayvanny was accused of having an affair with Kenyan socialite Mishi Dora at a time his girlfriend was pregnant, while Harmonize dumped his older girlfriend actress Jackline Wolper after cheating on her with a caucasian woman called Sarah, who they are an item now and even expecting a baby.