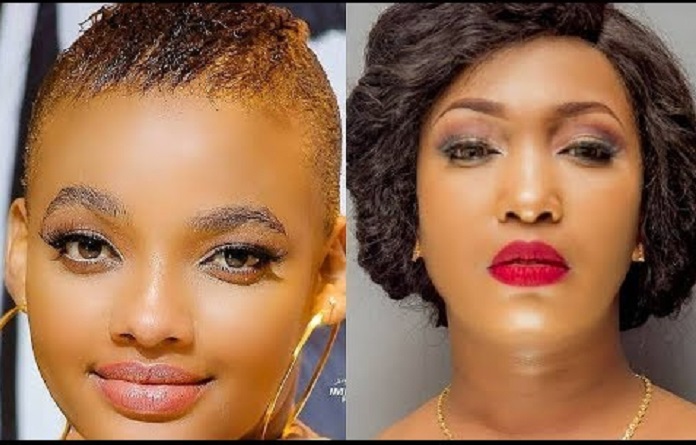 For the past few months, the bongo star Diamond Platnumz has been trending on various media sites for his unfaithful ways to his wife Zari Hassan which led to their break up on 14 of February [Valentine’s Day];Tunda is well known for being one of his mistresses.

The beauty queen does not only have a heavy grudge with Zari but also Aunt Ezekiel ( Wema Sepetu’s best friend) to which the two exchanged very bitter words all in the name of an unpaid liquor with Tunda going to the extent of insulting aunt Ezekiel’s child saying she has the ugliest child in Tanzania.

Well, this act also got in the way of the father’s child Moses Iyobo who happens to be one of wasafi great dancers and it seems that she was kicked out of wasafi label an act which seemed to trigger her until she saw the best way is to apologize to Aunt Ezekiel.

Recently, Tunda posted on her Instagram handle apologizing and also confirming to people that she will be a mother too’; an act which proves she is done with Diamond’s drama and she is involved with another man. 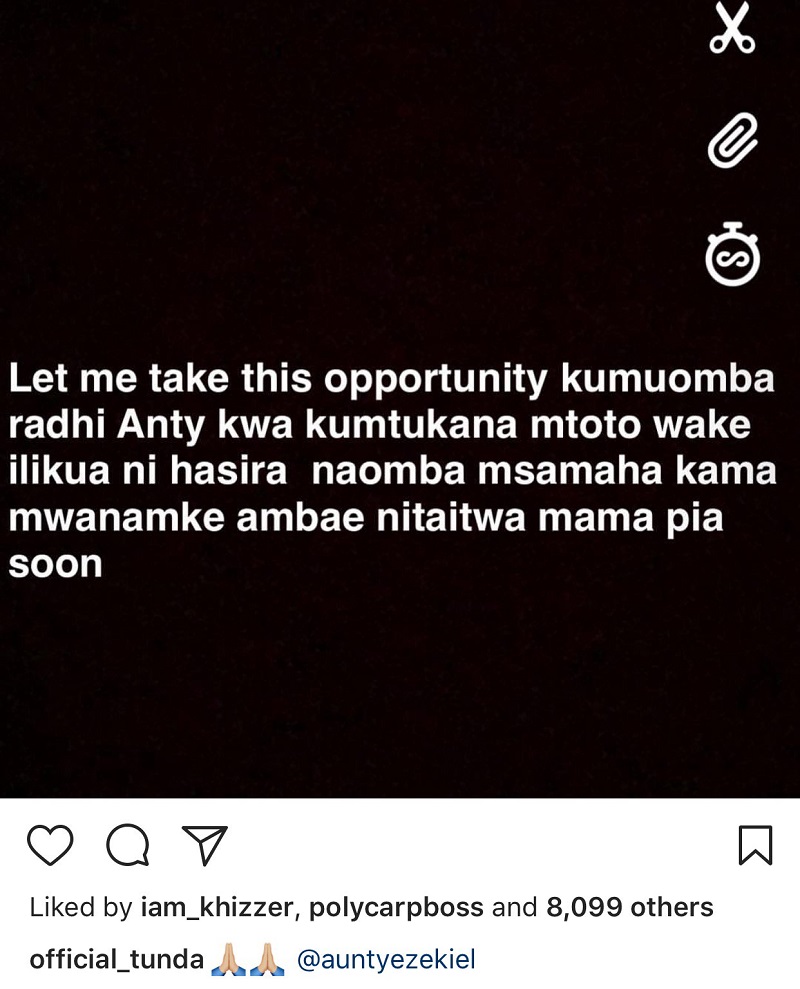