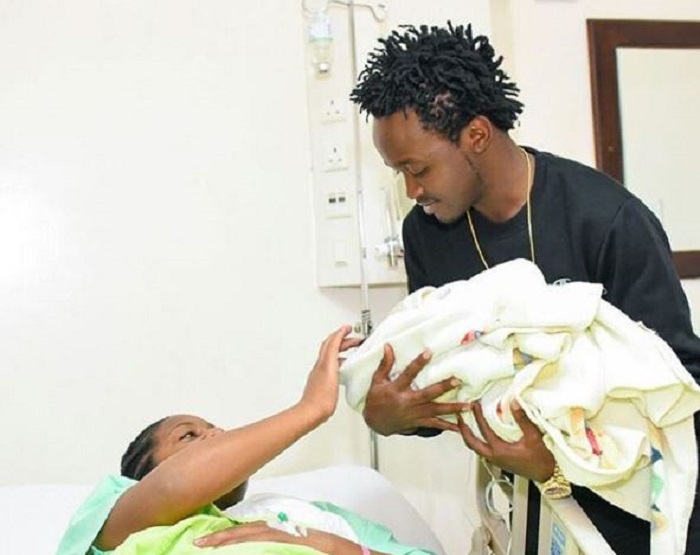 It was just the other day on 14 February that the Mama hitmaker Bahati and his wife Diana Marua welcomed a newly born baby girl Heaven Bahati.

Well, it seems people just can’t let them celebrate in peace, this is after Bahati was allegedly accused of undertaking a paternity DNA test on his daughter Heaven Bahati.

The rumors were spread by an unknown neighbor who went viral saying that the artiste took a paternity test without the knowledge of his wife Diana Marua, an action which was said to have caused misunderstandings between the two lovebirds.

READ ALSO: Bahati and Diana’s new baby will no longer be on Social Media, here is why!

Well, the act has really embittered the star, making him prove by words that he will stand in anyone’s way who is trying to destroy his family and that the paternity test to his daughter is really nothing but a lie.

Bahati went to Instagram handle accusing an entertainment site of trying to gain readership by doing such a story:

“I know you’re Doing all this to gain readership but I think you are going too far with this if you can wake Up Create a Story and Publish Just to make headlines. I have lots of Respect for Mature Media and it’s Okay to Discuss Bahati & my Music in any Forum; but Family is Sacred don’t go there for the Sake of making headlines. Just to remind you that am now not just mtoto Wa Mama; but a Man and let this be the last time you’re Riding With my Family on a Blog without proof. Let my Wife Diana Marua Recover at Peace.”He wrote. 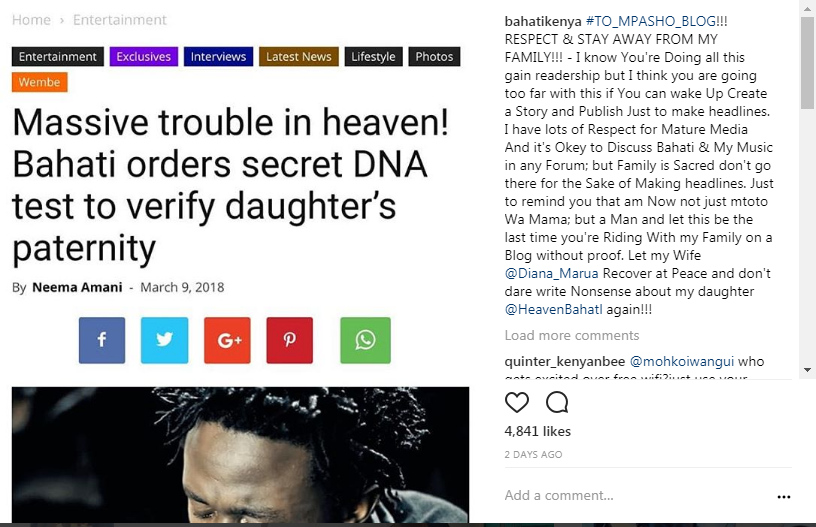