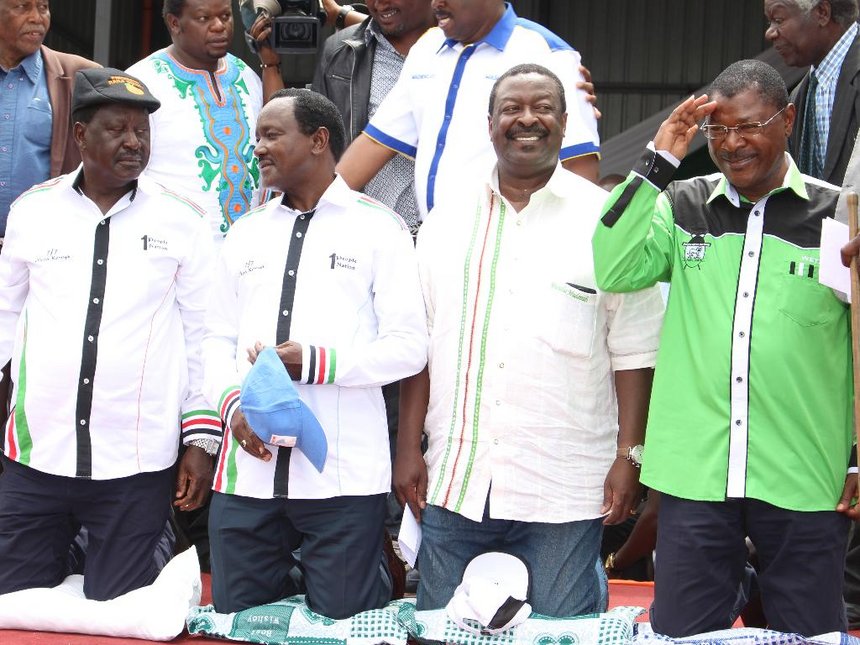 Nairobi, KENYA: National Super Alliance supporters who attended the swearing in of NASA principals expressed their disappointment over the missing in action of NASA principals; Kalonzo Musyoka, Musalia Mudavadi and Moses Wetangula.

Speaking after the swearing in of Odinga some supporters who were attending the function, said that it is incorrect for the principals to miss in such an event which they deemed cardinal.

“I would like to pose a question, where was Kalonzo and Mudavadi? That is what I would love to know.All in all I am happy because my favorite candidate Raila Amollo Odinga has taken an oath.”Phill Muchirwa, Kangemi resident said

They said that they felt betrayed by Kalonzo’s option a scenario which might jeopardize NASA politics in the 2022 presidential bid.

“I am not happy as such because our anticipation has been watered down, we were expecting other principals to be present, it is like this is a one-party affair,” Eric city resident said.

They said that the event was more of an ODM event, whereas supporters of other parties which include Ford Kenya and Wiper were not present.

Businessmen in the city center were forced to close their business to avert looting after the NASA function.

Major roads including Uhuru Highway, Moi Avenue, Kenyatta Avenue were adversely affected while people deserting the city for a while.