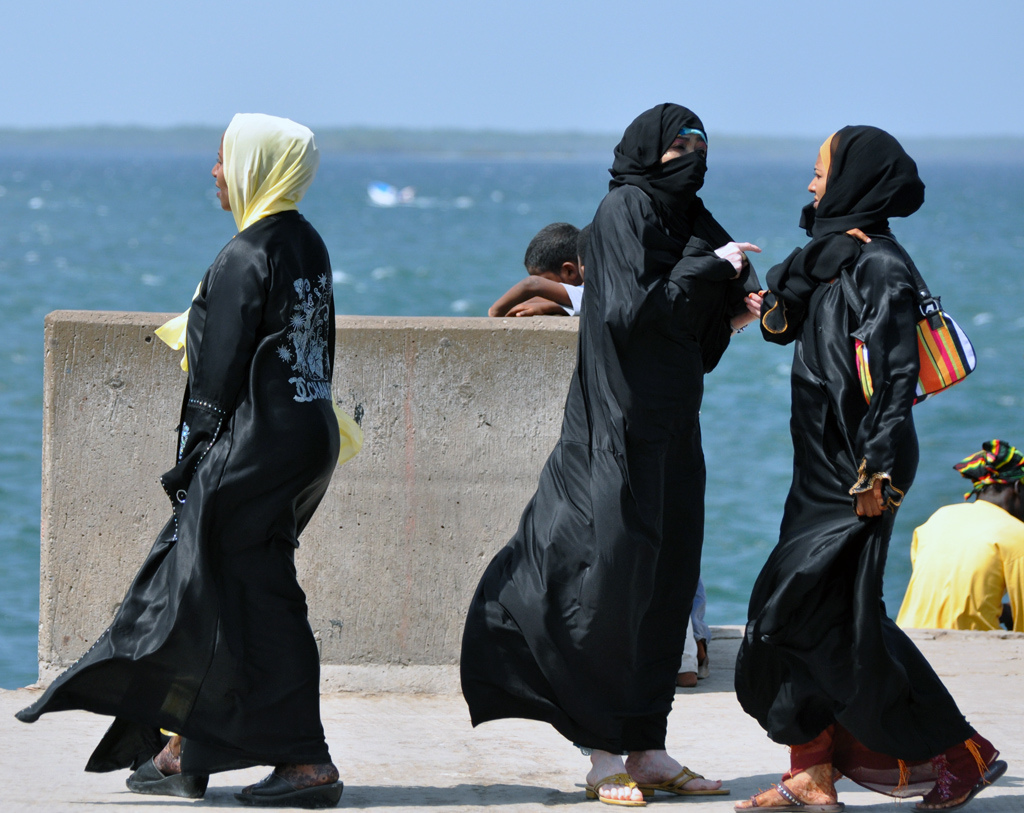 Lamu, KENYA: Al-shabaab militants are now said to be using beautiful women as spies in villages and areas where the Linda Boni security operation is ongoing in Lamu.

The operation was launched in 2015 with the sole objective of flushing out Alshabaab militants from the Boni forest and neighboring areas where they were believed to be hiding.

Security officers who spoke anonymously said they have on numerous occasions had to chase away the female spies from villages that closely border the security camps belonging to the KDF and GSU.

The officers said it is consistent that whenever such women are seen in any of the operation villages and areas, not many days go by before they are attacked by Alshabaab.

A GSU officer who declined to be named, said the extremely beautiful women come from nowhere and camp in villages close to security camps after which they begin befriending the security officers in a bid to get information from them which can later on be relayed to Alshabaab.

“We have made sure we know all locals and villagers in the villages where we operate from and so its therefore very easy to tell a new face from the rest.Recently, there has been an increase in the number of beautiful women who visit villages close to our camps.Upon investigating we discovered they were actually Alshabaab spies.It became obvious, since any time the women were seen, rarely two days would go by before we were attacked by Alshabaab.They had been sent to try and confuse us and get information.We have sent some of the packing but they keep coming,”said the officer.

The officers said the women go as far and starting sexual relations with the officers in a bid to bring their mission to fruition.

“They are normally for sexual relations with us.They know it’s our biggest weakness but we have consulted amongst ourselves and decided not to fall into their traps.That will be sabotage to our mission,” said another officer.

Linda Boni operation director Joseph Kanyiri confirmed the same and said Alshabaab were getting desperate and as such were resorting to any available trick to try and spy what the security officers do in the operation zones.

Kanyiri said he aware that Alshabaab were using women as spies on their operations and movements in the region.

However, he warned that any officer found colluding with terrorists knowingly or unknowingly shall face the full wrath of the law.

“We are aware the Alshabaab are now using beautiful women as spies on our soldiers and officers and the entire operation but we are alert and vigilant.Last year, for instance, we arrested two women in Kiunga who were spying for the terror group.We shall deal with anyone who colludes with such,” said Kanyiri.

Kanyiri also urged residents whose villages fall within the operational areas to embrace Nyumba Kumi initiative so that it’s easier for them to identify strangers and persons with ill intentions.