Among the top candidates in the 2017 exams were Swale Rama of saint Kevin Nyali who scored 432 marks. 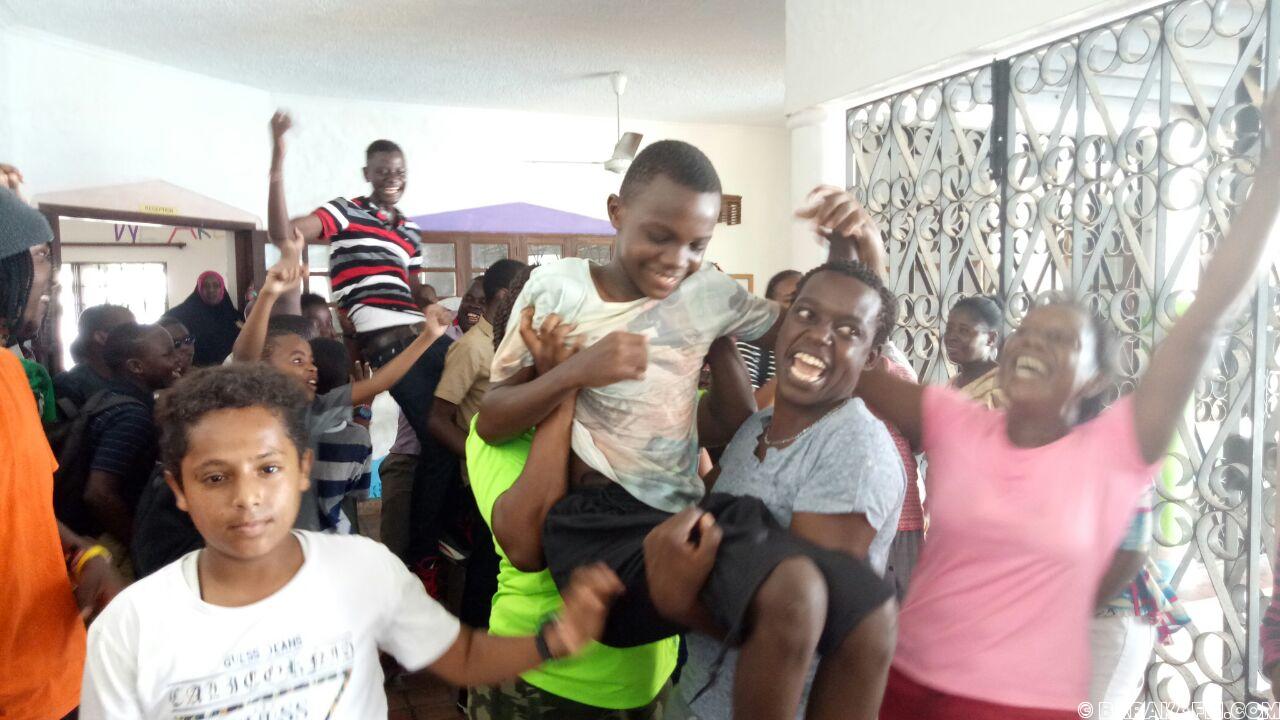 It was all merry at the St Kevin school in Nyali after their top performing student Swaleh Rama scooped 432 marks out of the possible 500.

Being followed closely by Favour Blessing who scored 429 marks.

Swaleh Ramah a soft-spoken boy said that he wishes to join Alliance boys and that he wants to become a neurosurgeon when he grows up.

“I am so happy, I expected to score above 420 and I would like to join Mang’u High.”

His mother praised him for his hard work and thanked the Almighty for guiding her son and helping him through his education.

“I have overjoyed my son is a very hardworking and obedient boy. Being the first born, he will be a good role model to his siblings.” 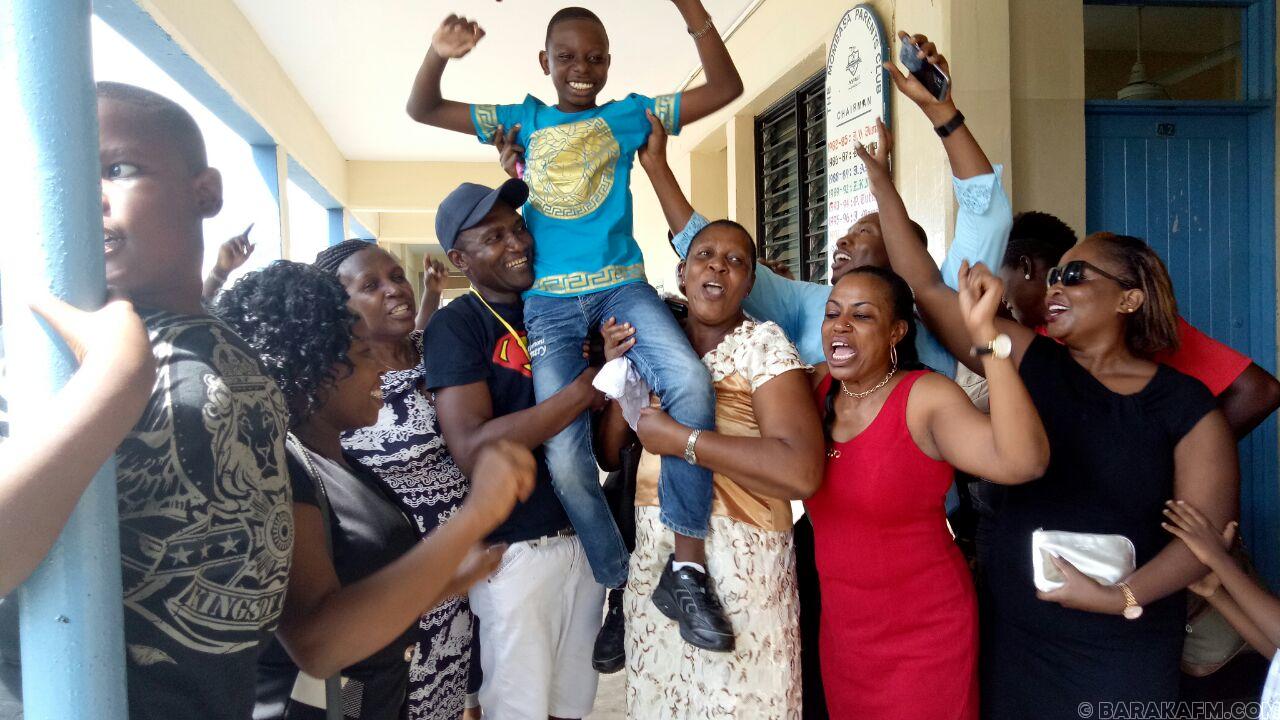 Eugene Otieno of Nyali primary who scored 426 marks celebrating with his teachers and mother ( in red).

Eugene Otieno also is among the top performers, having scored 426 marks.

When asked what prompted his good performance, he attributed it to hard work.

” In school, I used to teach my fellow pupils when the teacher was not there. I attribute this success to my hard work and God.” Said Eugene.

He hopes to join Alliance High School and later on become and Aeronautical engineer. 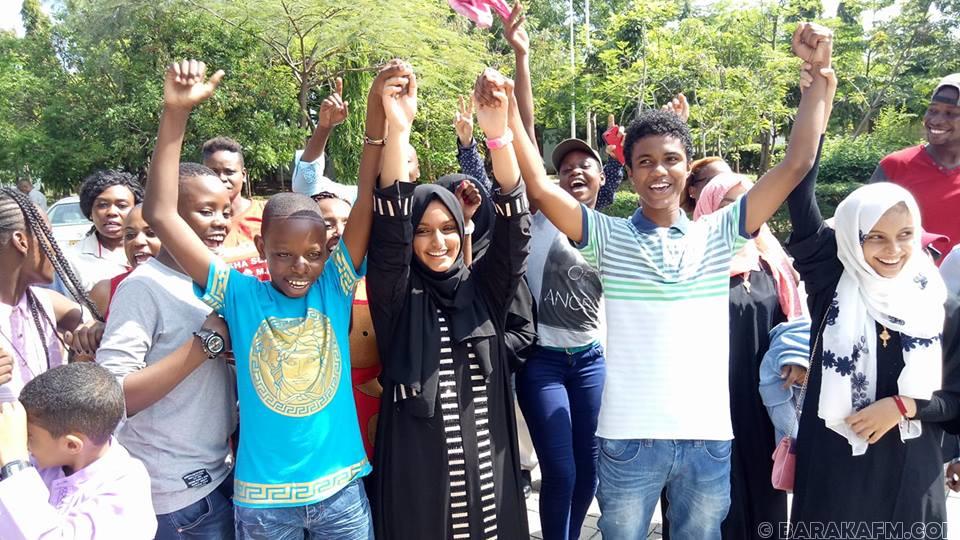 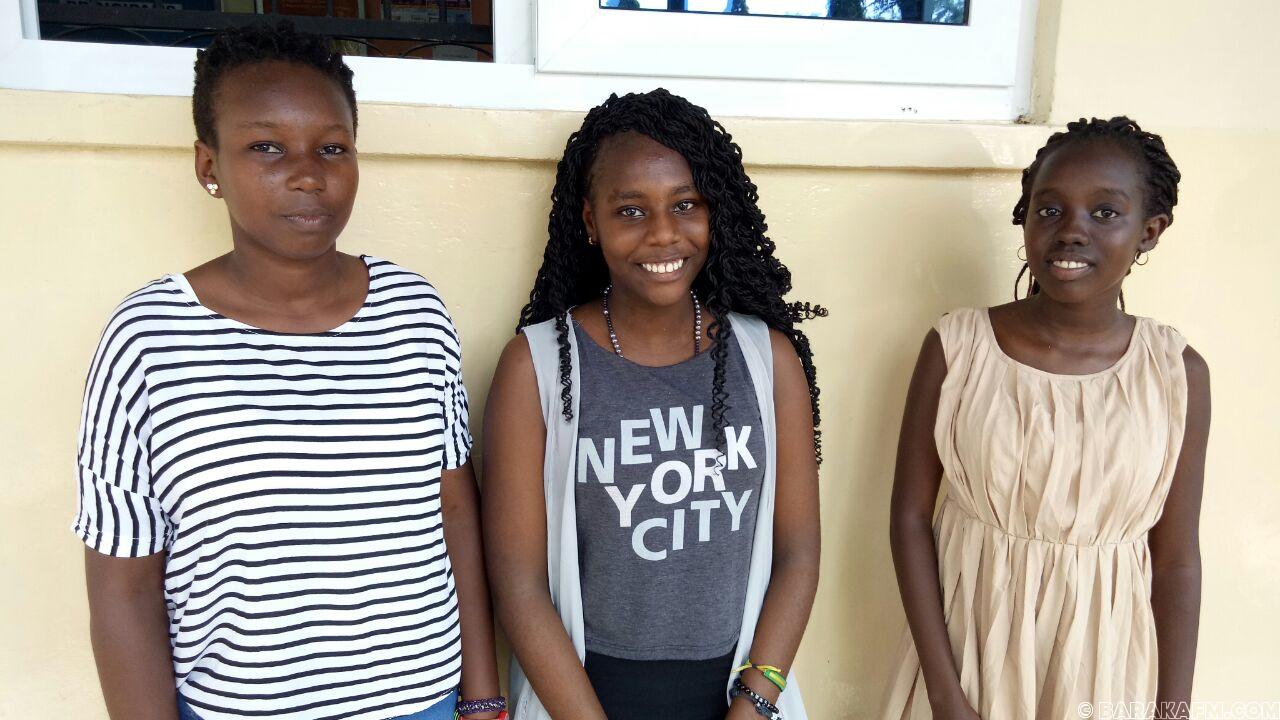 Meanwhile, the Deputy Headteacher at Ganjoni primary school on Tuesday claimed that the cabinet secretary for education Dr.Fred Matiang’ had copied the efficient examination process when it comes to marking and releasing examinations results within a short time.

‘We are happy results were released earlier compared to the past years.But let me say he copied our style,” she stated.

Gisore said that Dr. Matiang once visited their school last years and said that maybe he copied that idea at that time.

By the time Baraka Fm visited Ganjoni primary, 10 pupils had received their results out of 156.

All the ten students had scored over 400 marks.

The top student in the country scored 455 marks with there being no cases of exam irregularities.