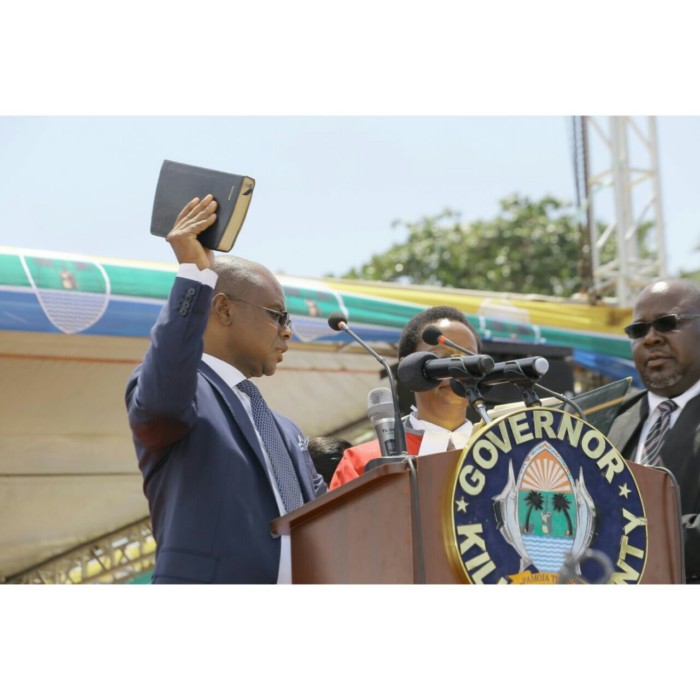 The governor said on Wednesday that he is concerned about the welfare of the people of Kilifi and not that of corrupt workers who aim at earthshaking the development of the County.

He said he has given an ultimatum of fourteen days to all workers feeling the heat would be too high to them to take, to resign before waiting to be fallen upon by the axe.

“I have only fourteen days to all corrupt workers and those who feel cannot withstand the heat of their seats to resign before I reach them myself,” Kingi warned.

“That time to carry the burden of my workers playing around with the people’s resources is over. That time to carry salaries un-worked for as required is over. So please, before I come for you come fourth and resign so as to let me carry on with other dedicated officers,” he added.

He called upon the judiciary to back him up other than blackmailing him any time he takes action on such workers.

He referred to last year when he was forced to receive and work with County officers he had axed due to various reasons, corruption being one of them.

“I think we can run this County very well if you (Judiciary) and I work hand in hand,” Kingi added.

“You see last year you forced me to bring back some of officers I had axed due to several reasons, corruption being one of them. I think if we follow this path we will not achieve the goals of the people of Kilifi, because at any time I take such action, I have followed the law,” he added.

His sentiments were receded by Kilifi senator Stewart Madzayo who said it’s time to tame the un-committed officers for the betterment of the people of Kilifi.

“The past five years you were still learning about the county government, but now you know how things are done. Do not tolerate any ill motive officers in your government, and by so doing Kilifi will reach to where it belongs,” Madzayo said.