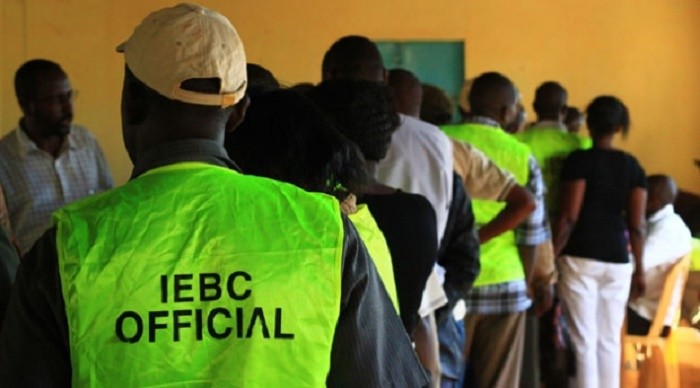 Lamu, KENYA: The Independent Electoral and Boundaries Commission –IEBC is unable to recruit election staff to work in terror prone areas in Lamu county, this is according to IEBC officials.

The IEBC officials in Lamu have said they are facing challenges recruiting election staff to work in areas that have been witnessing insecurity caused by al shabaab attacks and specifically all areas in Basuba and Kiunga wards in Lamu East.

Other areas are Bargoni in Hindi ward of Lamu west sub county.

With only 18 days remaining to the August 8 General Election, IEBC officials in Lamu say they still have over 50 vacancies that need to be filled, mostly those of polling clerks, presiding officers and deputy presiding officers.

Speaking in Lamu on Thursday, Japheth Omar who is the Lamu East constituency returning officer, said many of those who had earlier on applied for the jobs haven’t turned up for interviews.

Omar said Basuba ward was worst affected by the shortage since no one was willing to work in the area and that the 30 vacancies required were yet to be filled.

He said the commission was also unable to recruit Presiding Officers and their assistants since no one had turned for the interviews.

He said they were now seeking to employ form four leavers from the host communities in order to deal with the shortage since the elections were just around the corner.

Omar said his office was also facing challenges in reaching out to communities in insecure areas in order to conduct last minute awareness on the election process in Basuba ward.

“We are still looking for people to fill over 50 slots of Presiding Officers and their deputies in Basuba ward and Kiunga.Basuba alone needs 30 election staff.When we advertised the position earlier on,the response was overwhelming but I believe due to the wave of insecurity, no one had turned up for the interviews.As it is we will be forced to recruit and work with form four students in the respective host communities so that we cover the shortage since the elections are already here,”said Omar.

“We have recruited in all other areas but Bargoni which is in Hindi ward.We have a shortage of about 10.We have less than three or four days to fill the shortage and we are really trying.No one wants to work there,”said Mwaruwa.

Lamu county has a total of 69,776 registered voters with a total of 167 polling stations.