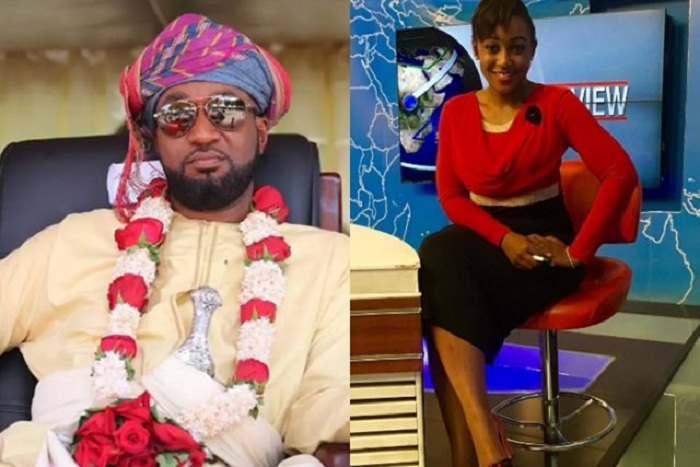 A few months ago it was revealed that a Porsche cayenne KTN news anchor Betty Kyalo had been seen cruising in severally was registered under Mombasa governor Ali Hassan Joho’s name.

This was after months of suspicions on that the two were having an affair.

Well reports later emerged that the governor had withdrawn the vehicle from the presenter allegations that neither Betty nor Joho commented on.

It has now been confirmed that indeed the governor withdrew the vehicle and has been using it to campaign for his re-election bid in Mombasa .

The vehicle was spotted parked along standard street in the Nairobi CBD and the once cream vehicle has been repainted orange with a huge photo of the governor on its side.

Well that does not come as a surprise to the Kenyans as the governor has invested a lot in branding vehicles and billboard in his re-election bid.