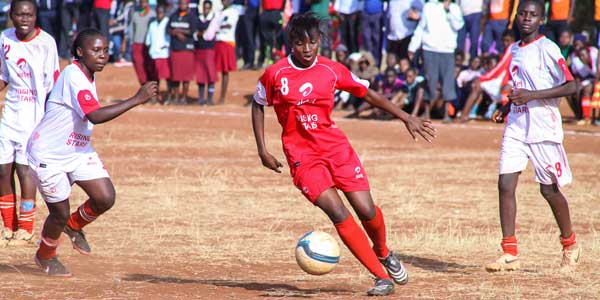 Kilifi, KENYA: Kwale Girls lead in goals galore, scoring a whopping 28 goals from the opening two matches on Day One of the Coast Secondary Schools Term Two A Games that served off Thursday at Kilifi Township School.

They then affirmed their status by running riot over Hirimani Mixed School from Tana River 14-1 to book semifinals slot with a match to spare.

In boys’ soccer, Mombasa county champions Tononoka stormed to the last four with a comfortable 8-0 win over Wiyoni followed by a 5-0 success over Lake Kenyatta, both from Lamu County.

The Games enter Day Two on Friday at Kilifi Township School with the best two teams from each discipline earning a place in the semifinal scheduled for Saturday.