In a post in instagram,Otile called out on Bahati over his new song ‘Barua kwa mama’ which he features Ugandan BET award winning artiste Eddy Kenzo.

Otile has questioned Bahati’s vocal ability even offering to write songs for him while terming the collabo as a wastage of time.

“Daah! Huu wimbo wa bahati na eddy kenzo Iko down jamani , wimbo mbaya kweli 😂😂😂😂 .. Mafans wa bahati acheni kumdanganya . Mwambieni bahati nimejitolea kum’andikia wimbo wake ujao bure and he should get some vocals training maze . Aache ku waste collabos (Bahati and Eddy Kenzo’s collabo is not upto standards.His fans should stop taking him for a ride  and tell him that I have volunteered to work with him in his upcoming project so that he can stop wasting collabo’s)”.Otile wrote.

However this did not go down well with Bahati’s fans who came to Bahati’s defense prompting Otile to explain  that the post was not personal but he was rather trying to challenge Bahati to pull up his socks. 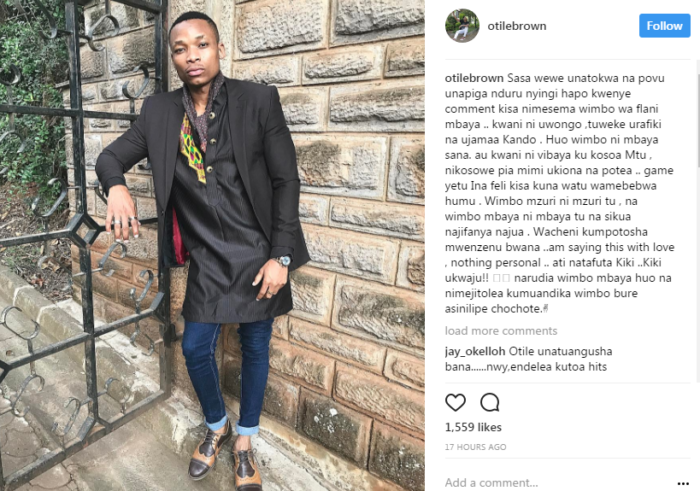