Mombasa,KENYA:Mombasa Governor Hassan Joho has been barred from attending the launch of the Standard Gauge Railway presided over by President Uhuru Kenyatta in Miritini ,Mombasa.

According to Joho’s media liaison officer Richard Chacha, the Governor has been blocked by the security team who said they are acting as per orders from above.

‘’The Governor arrived before the President as per the protocol but unfortunately he was denied access to the event by security officers who claim they are observing orders,’’ Chacha told Baraka FM. 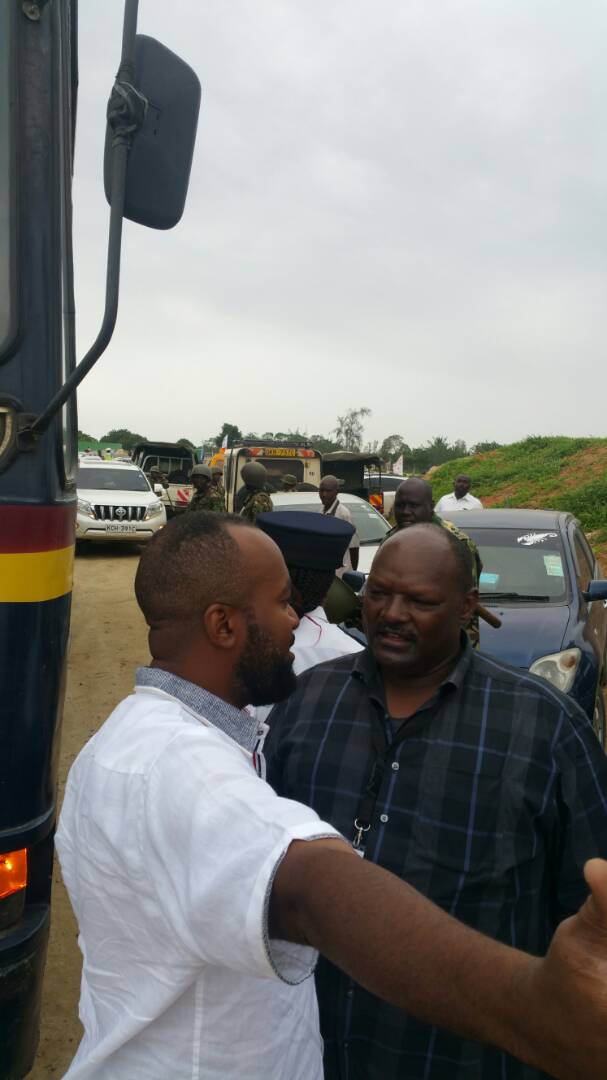 This comes even after the Government spokesperson Eric Kiraithe on Tuesday said the Governor is free to attend the function on condition that he adhere to the protocols.

This is the second time that Joho is being barred from attending a function presided over by the President after he was previously denied access to the launch of the Mtongwe Ferry early this year.