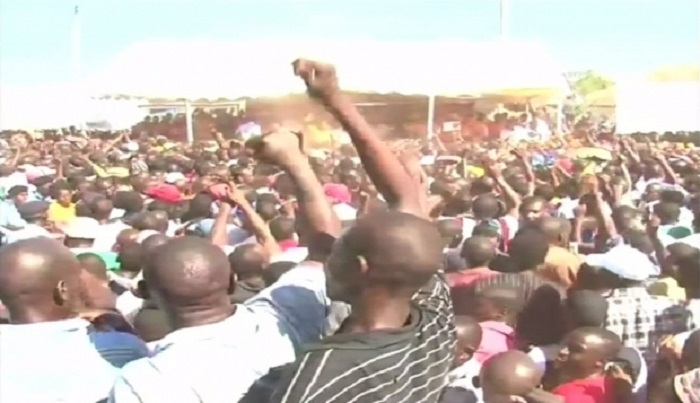 Lamu, KENYA: Lamu county commissioner Joseph Kanyiri has warned politicians in the county against using the youth to cause chaos as the campaign period gains momentum.

Kanyiri has also called for a stop to a trend where politicians walk around with groups of youth wearing branded clothing in the name of security.

He said any person who felt they required security for whichever reason should come to his office and ask for it instead of hiring goons in the guise of security when the real reason is to intimidate opponents and cause chaos especially during political rallies.

Speaking in his Lamu office on Wednesday,the county commissioner his office was closely monitoring such politicians since they are highly suspected of harboring ill motives and shall have them apprehended soon.

“Their main defense line is that the youth are security and mostly you will see the goons wearing T-shirts written on ‘security’ when in fact they are just hooligans hired to chaos trouble in an otherwise peaceful gathering.All eyes are on them,”said Kanyiri.

The police boss cited last month’s incident where rowdy youth disrupted an ODM rally in Mpeketoni led by Mombasa governor and deputy party leader Hassan Joho forcing him and his team to cut short the rally and scamper for safety.

Kanyiri insisted that there was need for politicians to notify the police of any planned political gatherings in order to enable for provision of security.

He urged locals to observe and maintain peace as the country gears up for the August 8 general elections.

Kanyiri also reminded locals that their long term cohesion and peace was more crucial than any promises made by any politicians and that they should therefore be watchful not to allow politicians to divide them on unnecessary lines.

“The party primaries are coming up and we can feel some heat across the country but here in Lamu we expect both politicians and locals to observe the law and abide because we shall be lying in wait for that individual who for any reason will attempt to disrupt peace and use as an example for the rest,”said Kanyiri.

The Jubilee party nominations will take place on 21st April while NASA/ODM will hold theirs on 19th April.