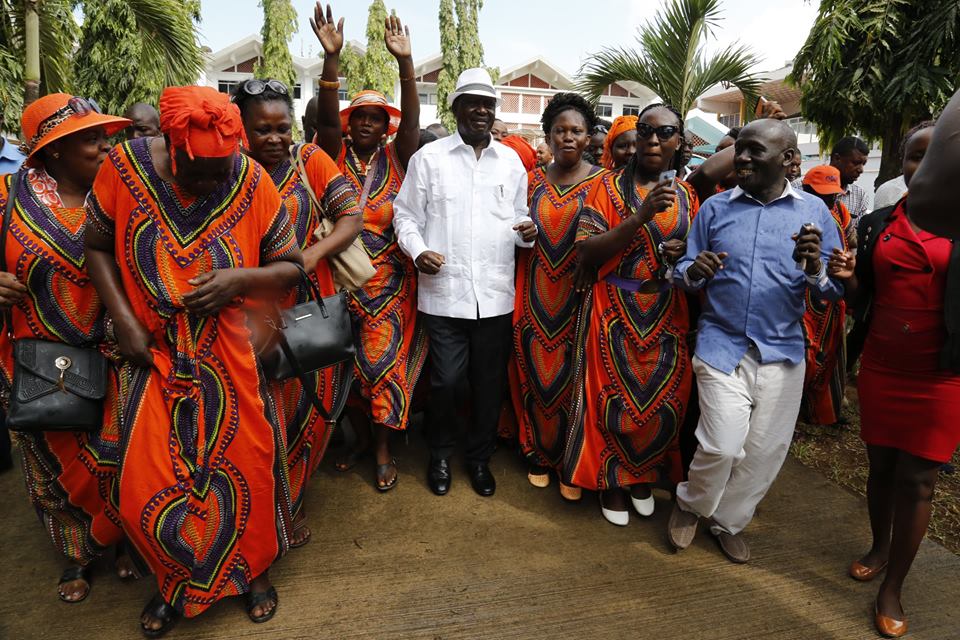 Odinga was received by hundreds of supporters at Moi international Airport.

Mombasa governor Ali Hassan Joho and a number of Mps were also at hand to receive him.

He castigated the jubilee government saying it is launching projects a few months to the general election with the aim of endearing itself to Kenyans.

Odinga challenged president Kenyatta to show  Kenyans what his government has done with  sh. 8 trillion it has collected as tax.

The opposition chief is expected to address a public rally at Tononoka grounds on Sunday.