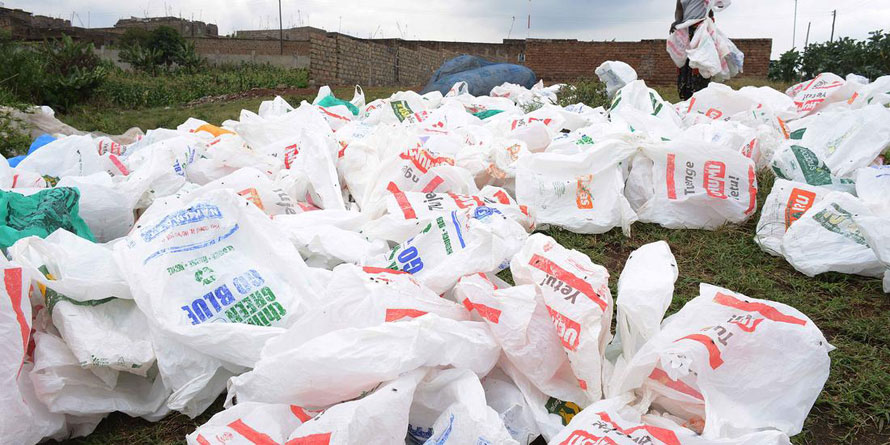 Nairobi, KENYA: The government has banned use of plastic bags used for the commercial and household packaging in the country.

Environment and Natural Resources Cabinet Secretary Judi Wakhungu announced the ban on Tuesday saying that the ban also includes importation, manufacture and use of plastic bags.

“It is notified to the public that the Cabinet Secretary for Environment and Natural Resources has with effect from 6 months from the date of this notice banned the use, manufacture and importation of all plastic bags used for commercial and household packaging,” stated Prof Wakhungu in a gazette notice dated February 28.

She added that the banned plastic bags are categorized under the carrier bag and flat bag where carrier bag is defined as one constructed with handles, and with or without gussets.

On the other hand, the flat bag are constructed without handles, and with or without gussets.

The ban comes barely six months since the East African Legislative Assembly (EALA) members was reintroduced to a bill moved by Rwanda aimed at banning use of polythene bags in East Africa.

Rwanda introduced the same bill in 2011, but it was resisted by Kenya, which hosts most of East Africa’s established plastic bag manufacturers.

Kenya had petitioned the EAC Parliament to introduce a levy instead of banning polythene bags as Rwanda had proposed.

According to the 2015 Litter Survey Ranking conducted by Environmental Resources Planning, plastic bags are seen as environmentally unfriendly, but comprise a very small portion-less than 2.0 percent – of litter.

Plastic bags are widely used in Kenya mainly for packaging of products and the ban may cause mishaps, especially in businessmen who use the bags to wrap the sold products.

Previous efforts to abolish the use of plastic bags have bore no fruits and it remains to be seen if the latest ban will bear fruit.

In January 2011, the National Environmental Management Agency (Nema) declared a ban on below 0.6 millimetres in thickness but no results were achieved by the move.