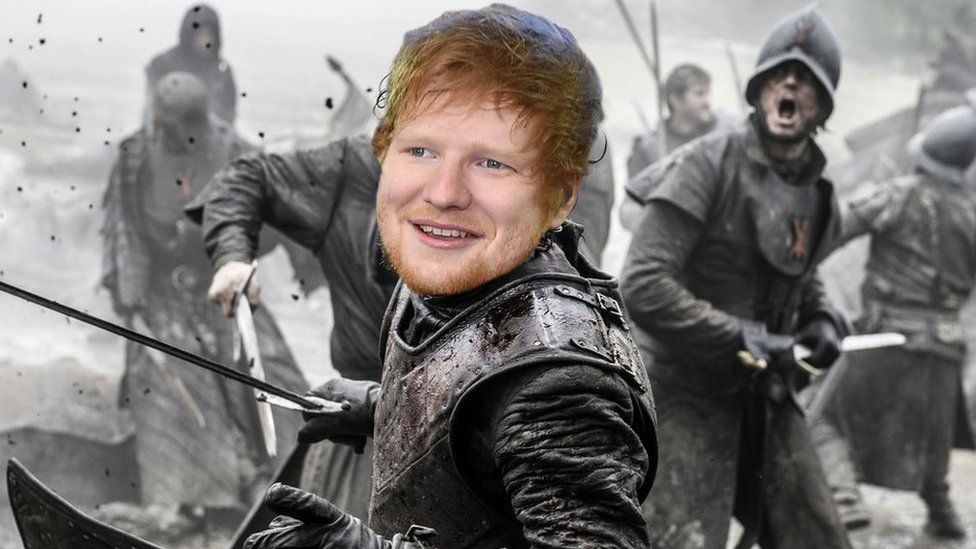 Not satisfied with breaking every existing chart record over the weekend, Ed Sheeran is adding yet another bullet point to his CV.

He’s set to make a cameo appearance in the seventh season of Game of Thrones which premieres July 16.

Executive producers David Benioff and D.B. Weiss revealed this news at a SXSW panel for the series on Sunday, moderated by series stars Maisie Williams and Sophie Turner.

“For years, we tried to get Ed Sheeran on the show to surprise Maisie, and this year we finally did it,” Benioff said.

No details were provided about how Sheeran will be used within the show’s narrative.

It’s not even Ed’s first cameo appearance in a TV show – he previously appeared (and sang) in a 2015 episode of Home and Away.

Due to streaming figures being taken into consideration in the charts, Sheeran occupies the top six spots of the Singles Chart this week, as well as nine out of the top ten places and 16 of the top 20.

His album’s lead single ‘Shape Of You’ is at number one, with ‘Galway Girl’ at number two and ‘Castle On The Hill’ third.

Meanwhile, Spotify has confirmed that Sheeran’s album was streamed 374,721,898 times on the service worldwide during its first week, with 73,906,189 of those streams coming in the UK.

The figures mean that Sheeran has broken several records, including the biggest first week streams of an album worldwide.

Edward Christopher “Ed” Sheeran is an English singer-songwriter born in Hebden Bridge, West Yorkshire, and raised in Framlingham in the UK.

He is known worldwide for his hit songs Thinking Out Loud and Photograph.