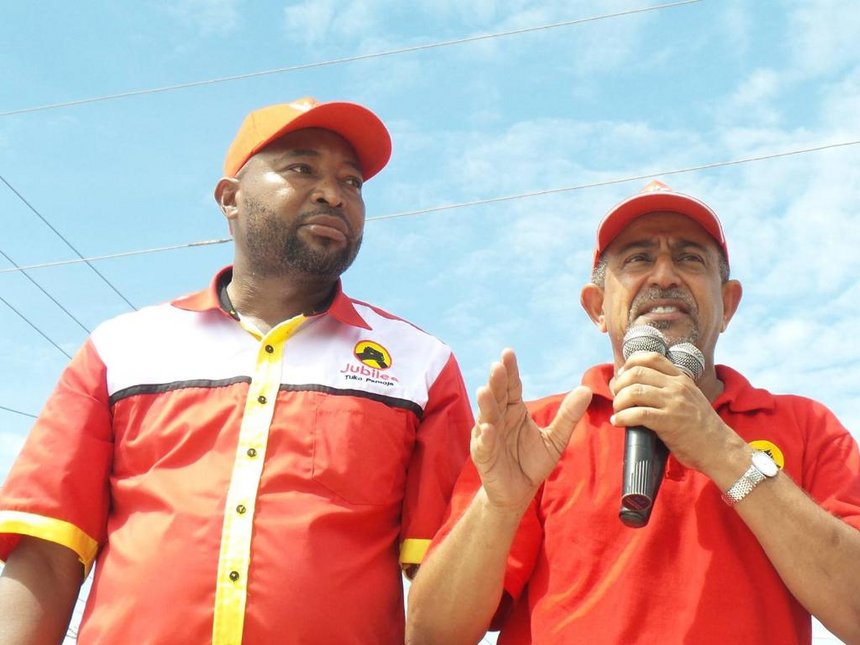 Mombasa,KENYA:Jubilee leaders in Mombasa  have challenged the  Mombasa county government to account for the sh. 40 billion received from the national government during their 4 year tenure in office.

Addressing journalists at the Jubilee Offices  in Mombasa on Tuesday, the jubilee party Mombasa gubernatorial aspirant Suleiman Shahbal claimed that there are no tangible development projects that the county government has completed so far.

Shahbal  said  the county government has been lamenting that it has not received any funds from the central government further accusing them of failing in public service delivery.

“I want the county official to come out and give a track record of all the development records it has done. It is clear that it has failed in delivering services to the mwananchi.” The aspirant said.

However the Mombasa governor  Ali Hassan Joho has  rubbished the claims lodged against him saying that he only got shs 17 billion.

“I have only received shs 17 billion from the national government. Although I have written a letter to the central government demanding the balance.” Joho exclaimed.

He says forty billion is a lot of money that can be traced from the projects done.

This comes a day after governor Hassan Joho  accused GSU officers of putting him under office arrest so as to prevent him from attending the relaunch of the Mtongwe ferry.