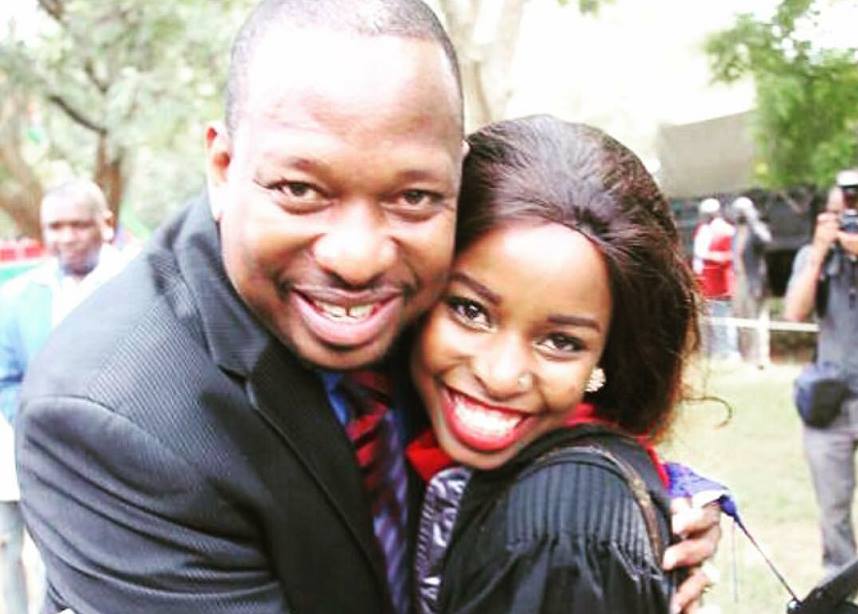 Nairobi,Kenya:Flamboyant Nairobi senator Mike Sonko is now a grandfather.This is after his first daughter Saumu Mbuvi gave birth to a daughter at an undisclosed hospital in Nairobi.

The news were first disclosed by his daughter’s estranged ex-boyfriend Benson Gatu who posted the news on his facebook account  on Thursday.

“To my baby girl,

Before you even entered the world, you were anticipated, loved, cherished, and wanted. Now that I can hold you in my arms, those feelings have multiplied tenfold. I look at you with complete wonder, melt with each coo you make, and fall deeper in love when you rest your tiny head on my hands. You are actually ours – our perfect gift from God — a precious life whom He has trusted to our care.

May the Almighty give us the wisdom to bring you up to be a God fearing daughter with favor before both God and people” Gatu wrote.

Later in an interview with Citizen TV  the Nairobi Senator who shed tears of happiness revealed that his granddaughter would be known as Zaha.

“I love the daughter Zaha.” Sonko said in part.

Saumu has made headlines in the past week over her breakup with her politician baby daddy Benson Gatu.Gatu is who is eyeing the Mathioya parliamentary seat  in Murang’a county in the August polls had long been accused by the Sonko family of trying to use the family’s political fame to gain political mileage in his campaign.

Mike Sonko also revealed that Gatu chased his daughter out of his house.