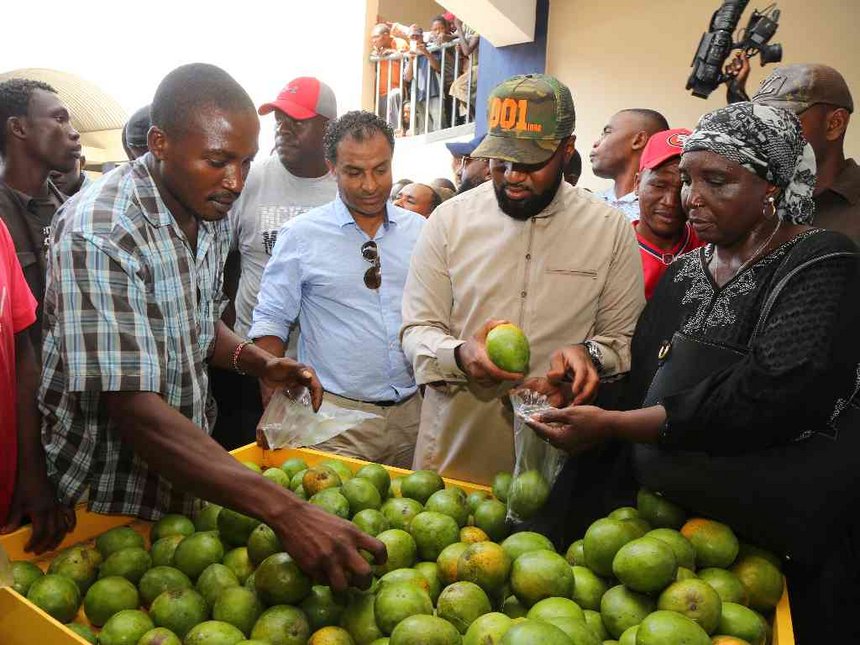 Mombasa,Kenya: Kongowea traders on Friday morning had a special visitor who paid a courtesy call of  the market as an ordinary buyer and not a governor.

Addressing wananchi at the newly constructed Kongowea market, the Mombasa Governor Ali Hassan Joho caused an uproar  after he declared that he had visited the market to purchase mangoes and not any other business.

(I don’t want to speak much today because i am here as an ordinary trader.I don’t know when i will consume th goods i will purchase.I will begin by purchasing mangoes then purchase trees”

The joking politician later argued that after his ordinary tour of the market he would later vanish into the streets.

However, as a county official he promised the traders that his county will fully co-operate with all the traders who have been allocated a working spaces in the well constructed market.

Al the same,  Joho concluded by wishing the newly-born market traders in the historical  market a blessed day.

Governor Joho is seeking reelection  for a second term as the governor of Mombasa county in the August polls.