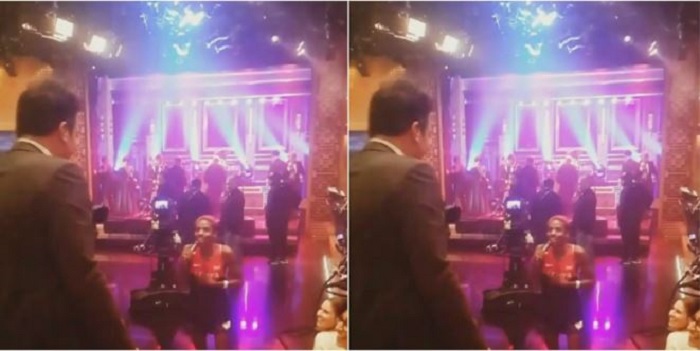 Eric Omondi this time has done what no other Kenyan comedian has ever done before! He managed to make an appearance at one of America’s greatest late night talk show; The Tonight Show Starring Jimmy Fallon.

Well, in case you are still wondering who and what is that?  This is one of the most watched and highly rated show in the US, that opens with Fallon’s topical monologue, then transitions into comedic sketches/games, concluding with a guest interview and musical performance.

Omondi who shared the photos on his social media account says that he was too excited when Fallon called him to the stage; it was a dream come true for the comedian.

He actually managed to pull out a joke that  made the entire audience burst out laughing.

READ ALSO: Has You Tube removed Otile Brown’s music videos from the channel?!

Fallon is one of the most accomplished American actors and has hosted top Hollywood celebrities and re-known personalities like Barack Obama and his wife Michelle.